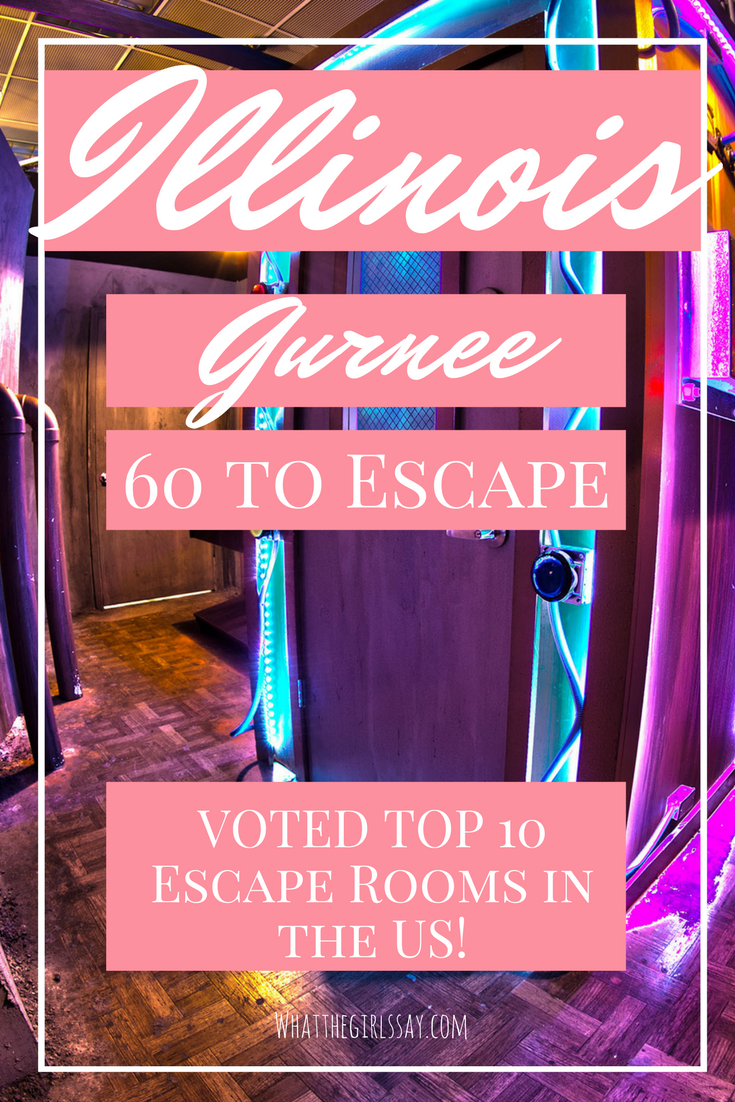 If you’ve been following the blog, you probably already know how much I love escape rooms.  We’ve added it to our Top Rainy Day Date Ideas, and our Fall Bucket List for Couples.  If you’ve never done an Escape Room before, you should definitely check it out.  We do them all over…while we are on vacation, out visiting friends, or just want a fun date night around town.  Throughout our Escape Room experiences, we have found some rooms are very well put together, and some…well, not so much.  We have been to our fair share of good ones, and plenty of rooms that are sad excuses for an “Escape Room”.  So, when we find awesome ones, we definitely want to share, so you can enjoy them as well. 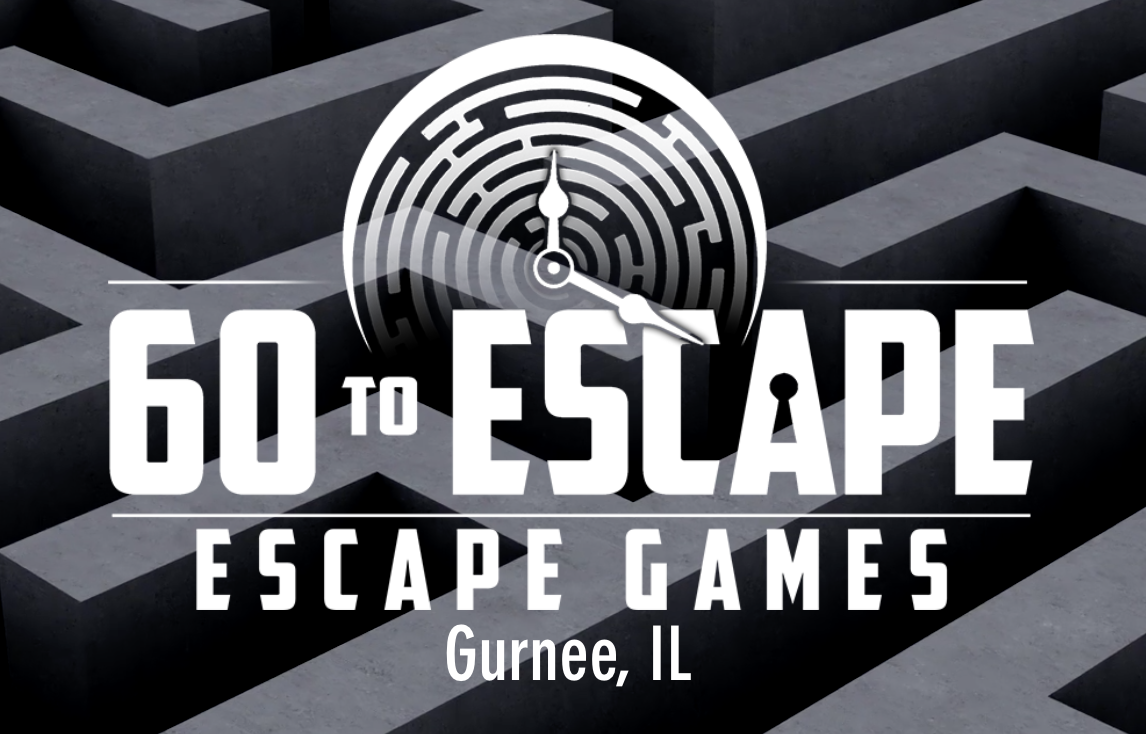 For those in Illinois, we found a great company called 60 to Escape, located in the Gurnee Mills Mall (in Gurnee)…which we think is a great location to be in.  Do an Escape Room, grab some food at the food court across the way, and decide to do another!  (If you’re anything like us, you’ll definitely want to.)

Voted Top 10 Escape Rooms in the US! 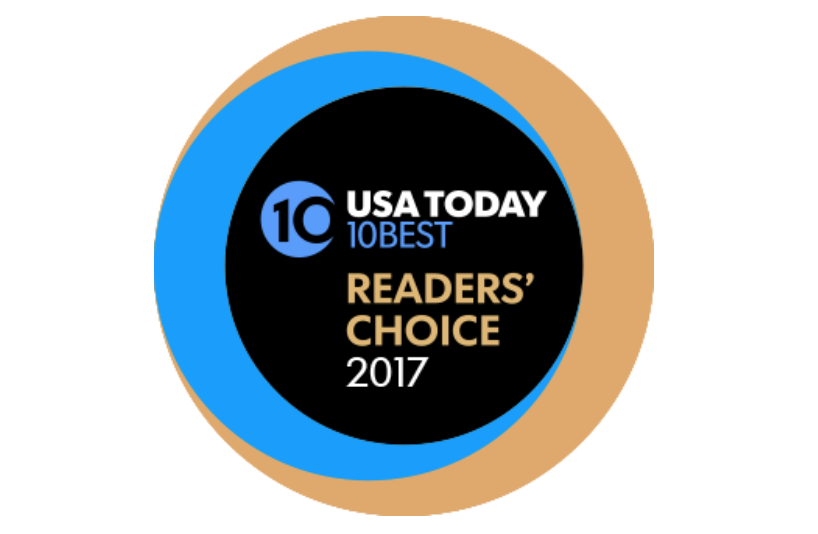 They have 4 Rooms to choose from, and so far, we have done 2 of them…and both have made our list of top Escape Rooms out there.  And, USA Today agrees with us!  60 to Escape was voted as one of the Top 10 Escape Rooms in the US, by USA Today!

60 to Escape has their rooms set up in such a great way, that makes the game more in depth, and exciting as you’re trying to find the clues to win the game.  I obviously can’t give too much away for specifics, but I will say, their rooms are very interactive, and pretty much everything in the room could be used in solving a clue!

Blast From the Past 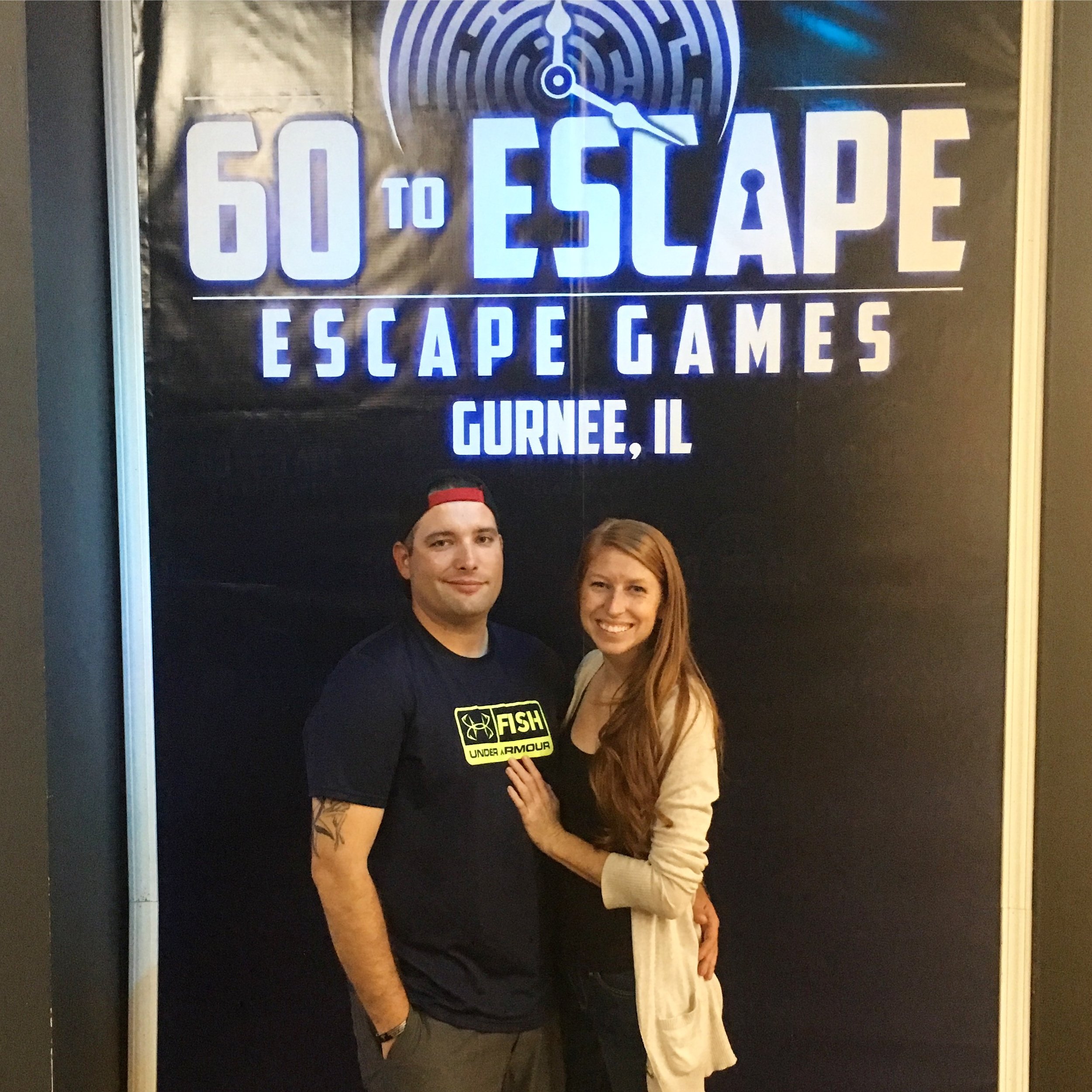 Our first room was the “Blast from the Past”.  This one was tons of fun.  All the props, puzzles and stories were top notch.  Nothing is cheaply done here. We signed up for an “open room”, which means other people could play with us as well.  So B and I ended up playing with one other couple. It would have been a bit more difficult if we were by ourselves, but definitely not impossible.  It was good to have a couple extra hands in this room.

The clues were well laid out, and it was all done in a very organized manner.  And look at this sneak peak inside the room!! 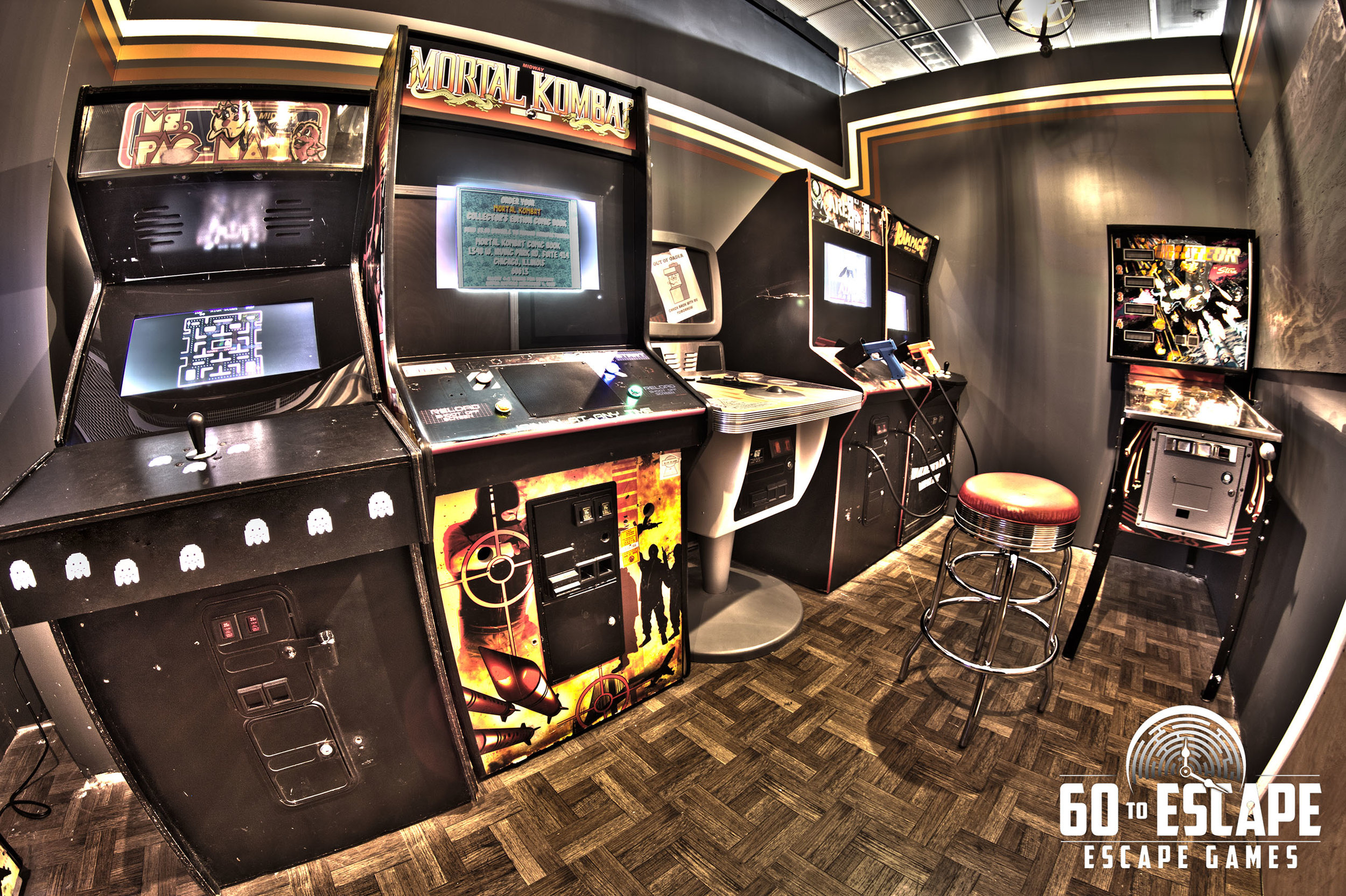 The next room we did was the “Museum” room.  We did an open room with this one as well.  We had 4 of us in our party, and were paired with 4 Sailors from Great Lakes.  I thought this room had outdone itself with the intricate puzzles and clues.  This room in particular has some brain puzzles, along with a few physical clues, to help make up the escape. The props and design of this room were awesome.  I mean, look at this figure! They definitely put a lot of thought into the theme and clues in each room.  All the extra hands in this room helped lots. 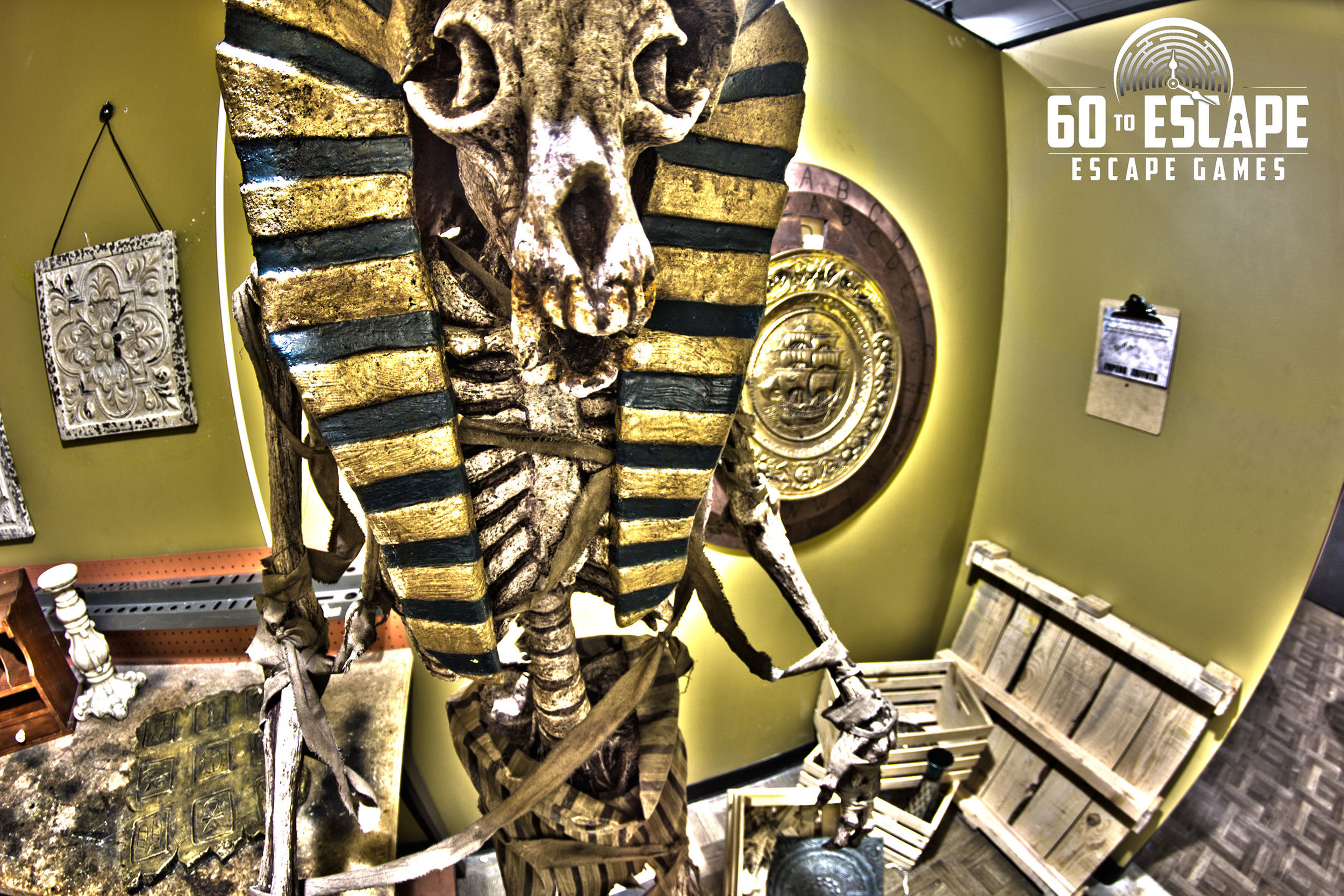 They definitely put a lot of thought into the theme and clues in each room.  All the extra hands in this room helped lots. 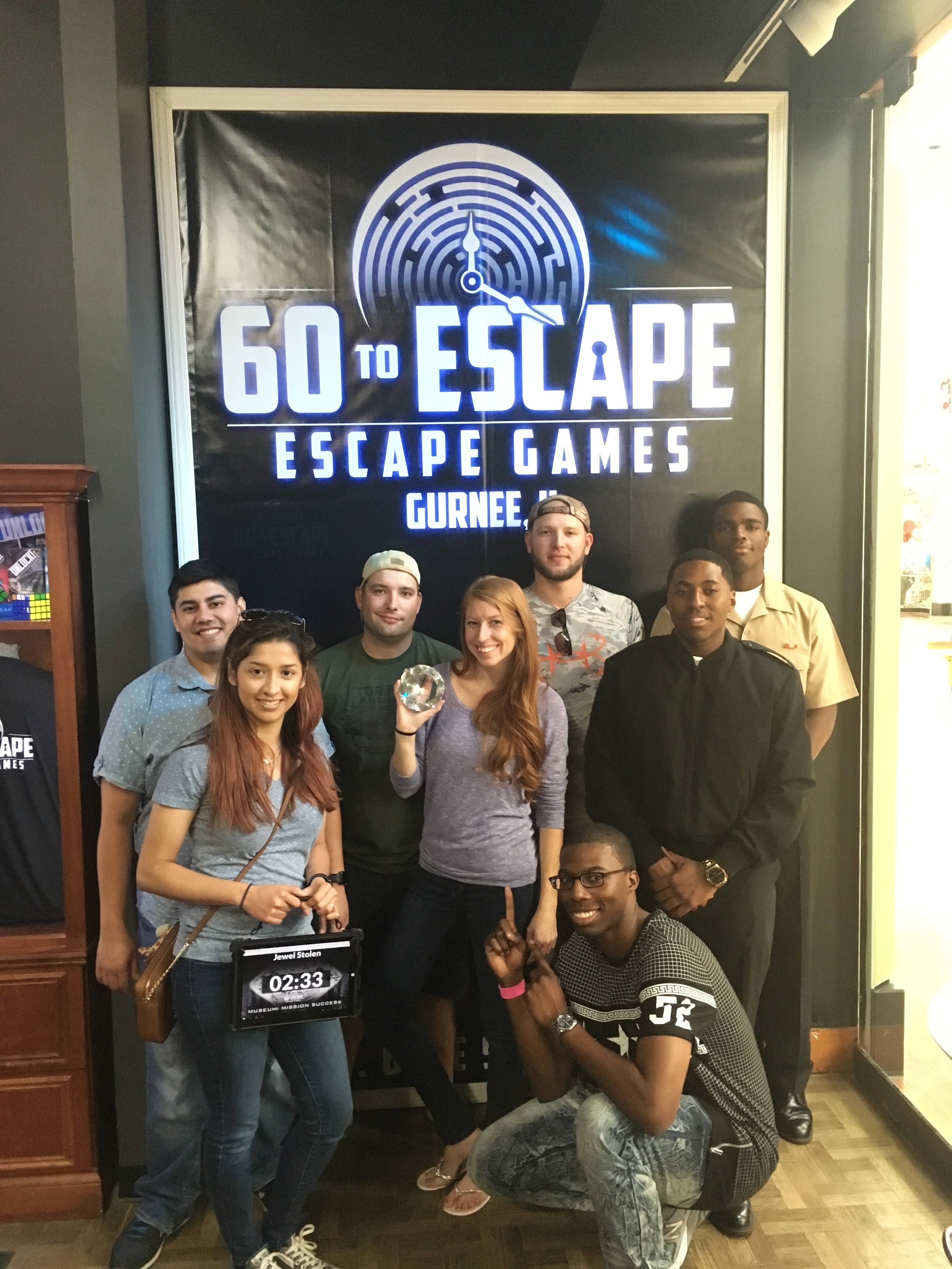 60 to Escape has 2 other rooms that we can not wait to check out.  Stay tuned for our thoughts on those, and we’ll let you know which rooms we think are best for you to try! 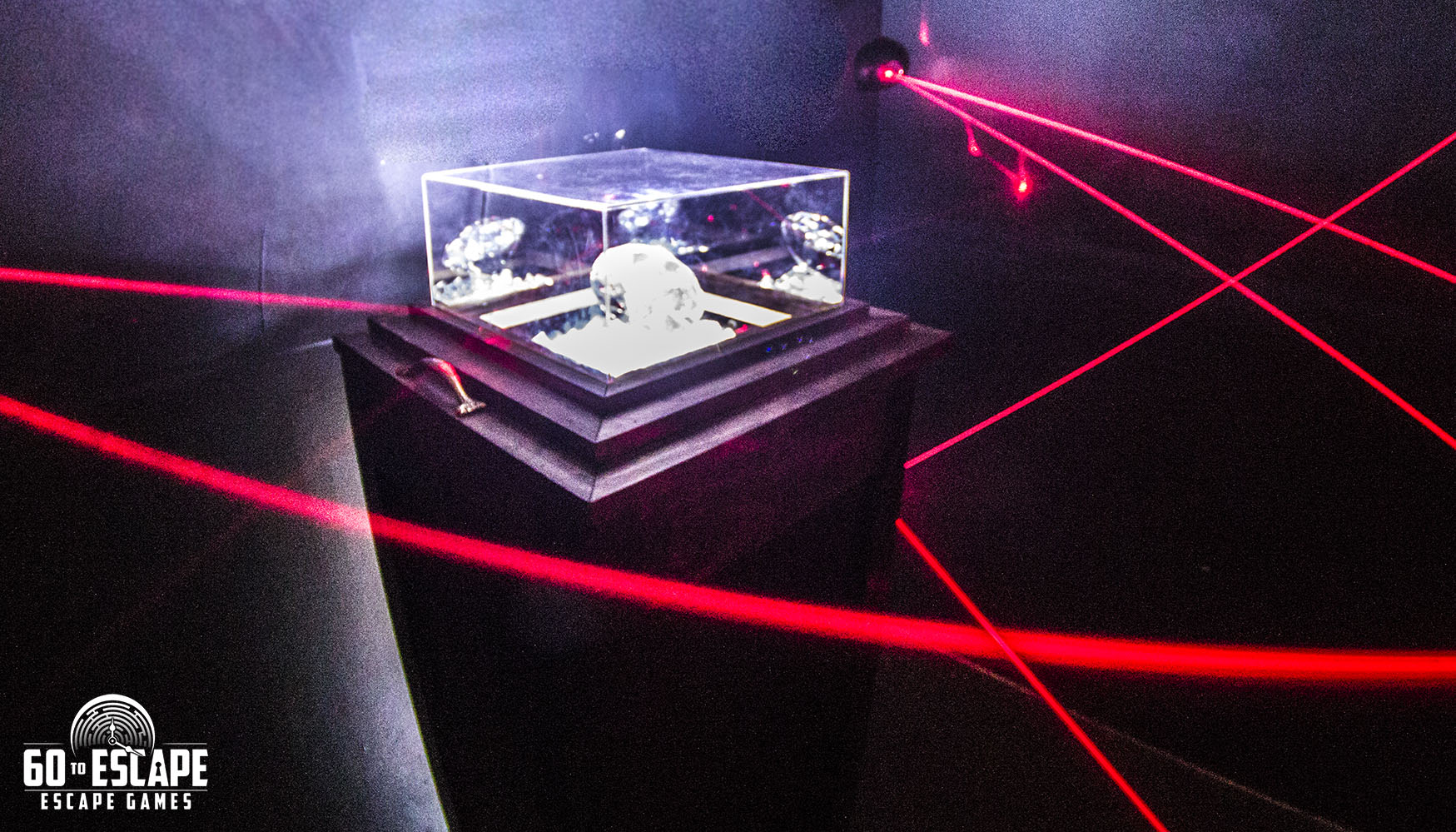 Things I love About 60 to Escape

-60 to Escape is really affordable!  At $30 a person, this is one of the most budget friendly rooms we have been too.  And the cheap cost doesn’t change the fact that it is still one of the best rooms out there.  You can even get $2 off per person for booking an open room!

-Each room has an awesome video to put you right into the story and get you going.
A lot of Escape Rooms we have done barely tell you a story, or the employee will read off a quick script. The videos in 60 to Escape make it a little more exciting to get started.

-EVERYONE has to raise their hands and all agree to ask for a clue.  Sometimes when you are playing with people you don’t know, you may not be on the same page for wanting clues at specific times.  So it’s nice that the whole team gets to decide together.

-The game room monitors are watching closely, so are always on it when you need a clue.  We’ve been in a couple rooms where it seems like they aren’t really paying attention, so when you ask for a clue, it takes a while to get it, or we have even been given clues to puzzles we had already solved.

-The amount of clues is good to help you through the game.  You get more clues each as time goes by.  I personally like to try to solve the room without using any clues, but sometimes that isn’t possible, so clues are always nice to have.

-They have 4 rooms!! I hate when we finally find a good Escape Room to find out they only have that one room.  60 to Escape has 4 that you can come back to and solve them all!

If you’re in the Navy and stationed at Great Lakes (hi friends!), or visiting during graduation, this is a great place to check out with the family! Grab your friends, co-workers, family members, and significant others, and check out 60 to Escape.