Chord Buddy is an awesome product that can help you learn to play the guitar. 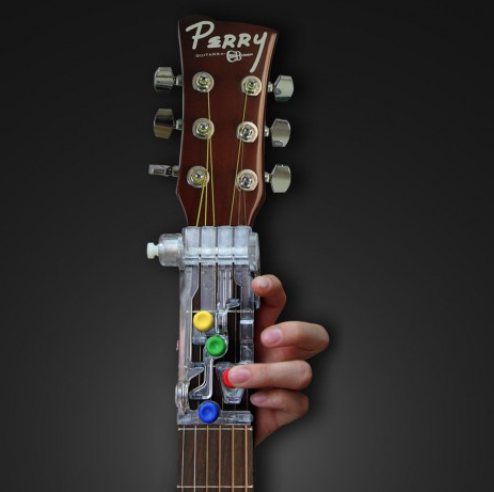 We remember friends saying “if this game was just like playing the real guitar, I’d be a pro”.  And that’s for good reason…it’s such a great concept to help you learn an instrument…except, the video game doesn’t do that.  But Chord Buddy does! 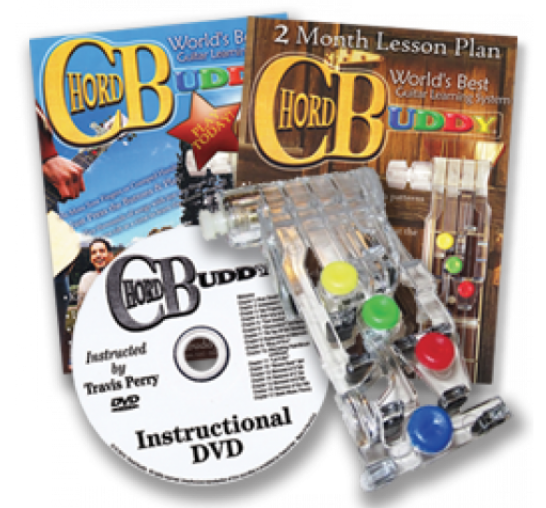 Chord Buddy is a plastic “helper”  that you put on the neck of your guitar, where you would normally play your chords.  It has colored dots or buttons, for you to press, that teach you chord positioning.  Chord Buddy also comes with a music book for you to easily learn songs. 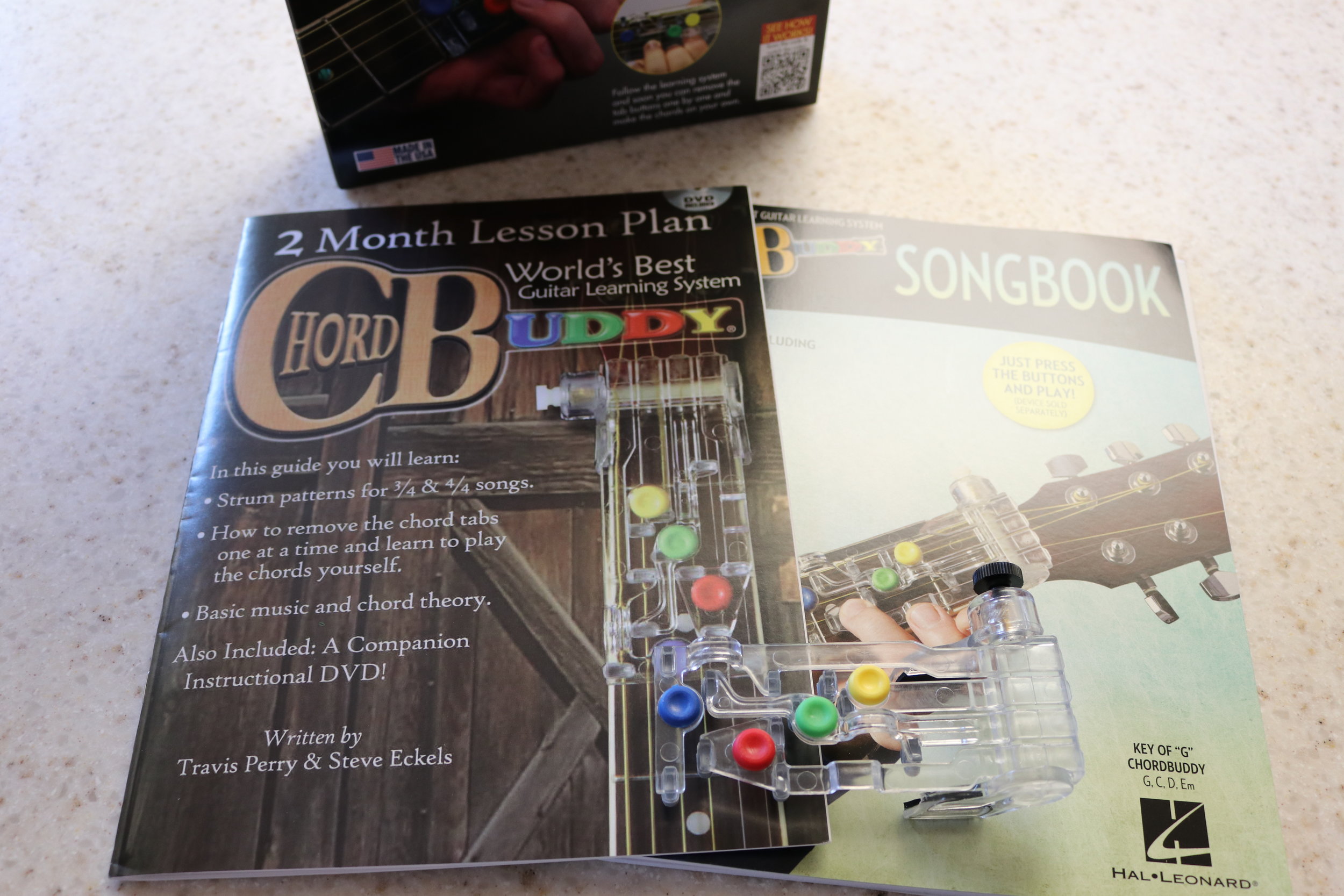 Chord Buddy is the perfect helper for those wanting to learn to play.  It was also featured on Shark Tank!

You check it out here.