Halloween movies on your list this year? Whether you’re going out trick-or-treating or staying inside this year, there’s always room for a Halloween movie fest! Here’s our top 5 (family-friendly) picks for this Halloween season! 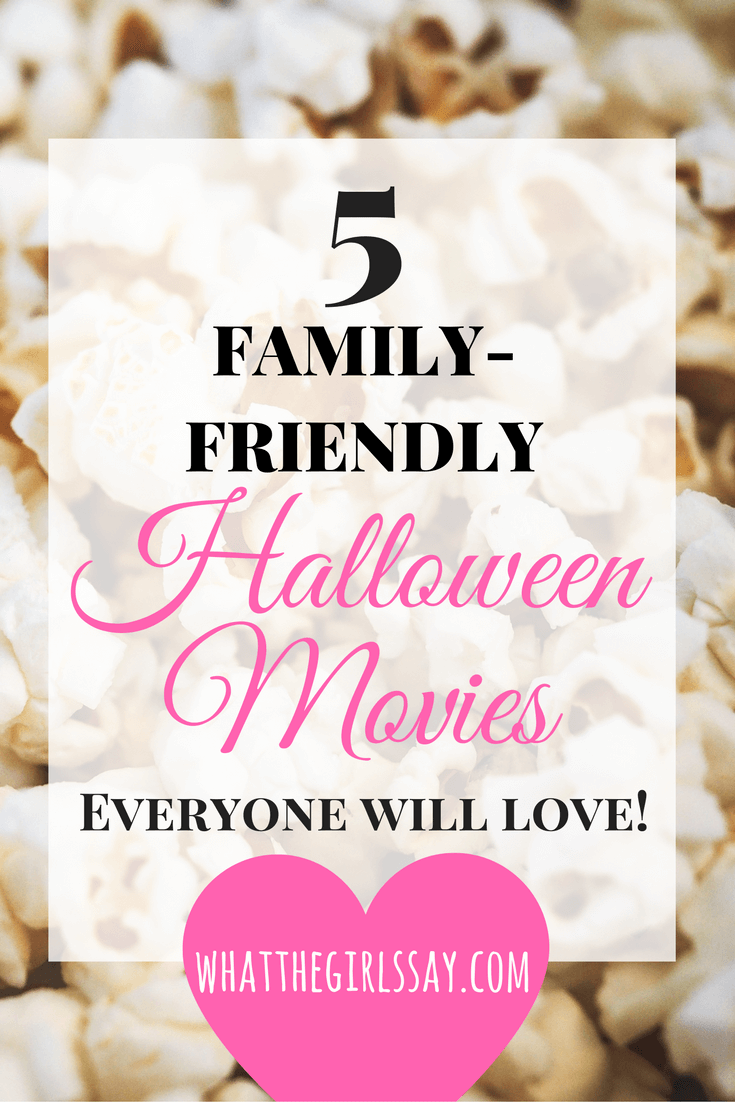 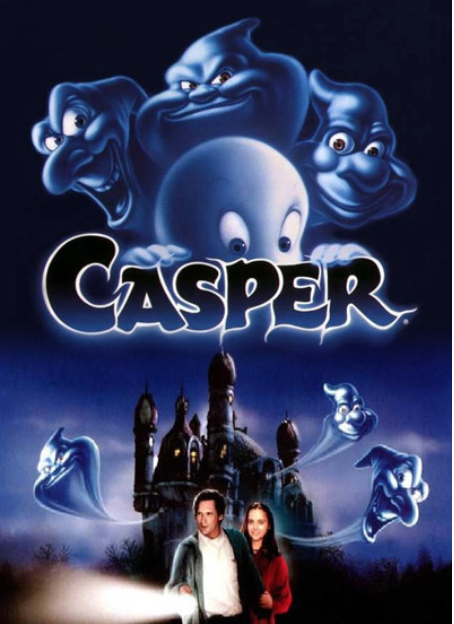 What is Halloween without the friendly ghost?!

Rated PG- This one got a lot of laughs out of us, growing up, and takes us back to our good ol’ childhood days. If you don’t know about Casper, the friendly ghost…you really need to stop what you’re doing and watch this now!

IMDB.com Summary :”A paranormal expert and his daughter bunk in an abandoned house populated by three mischievous ghosts and one friendly one.” 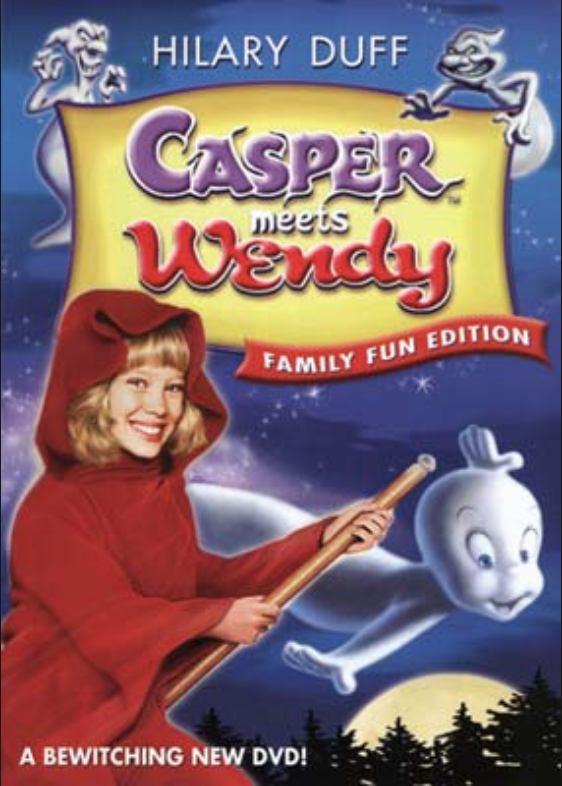 They came out with a sequel called
Casper Meets Wendy
with a young Hillary Duff. Super cute! It’s about a little witch (Duff) and her two aunts, who run into Casper and his two uncles. Casper and Wendy have to team up to help fight an evil warlock. Also rated PG. 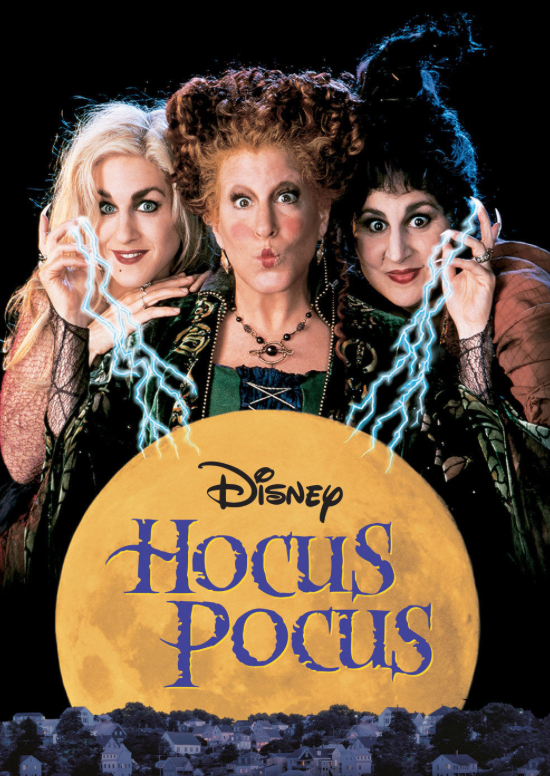 How could we NOT have this one on the list? It’s become a Halloween Classic, and is great to get you in the spirit.

Rated PG – Probably recommended for your older children, as I personally remember being a little scared after watching it my first time. But then again, I’m still a scaredy cat when it comes to scary movies!

IMDB.com Summary: “After three centuries, three witch sister are resurrected in Salem, Massachusetts on Halloween night, and it is up to two teenagers, a young girl and an immortal cat to put an end to the witches’ reign of terror once and for all.” 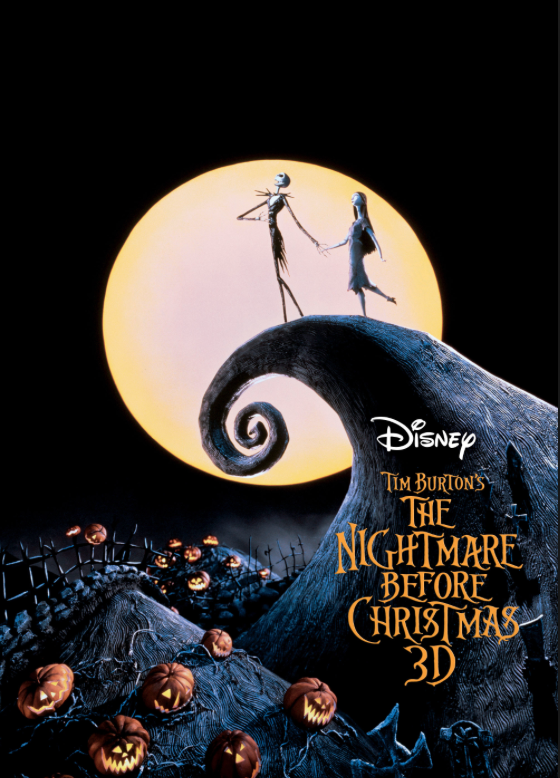 3. The Nightmare Before Christmas

Rated PG- This one, the kids LOVE. The catchy songs, the silly characters, the clash of Christmas…it’s all there!

IMDB.com Summary of “The Nightmare Before Christmas“: “Jack Skellington, king of Halloween Town, discovers Christmas Town, but doesn’t quite understand the concept.” 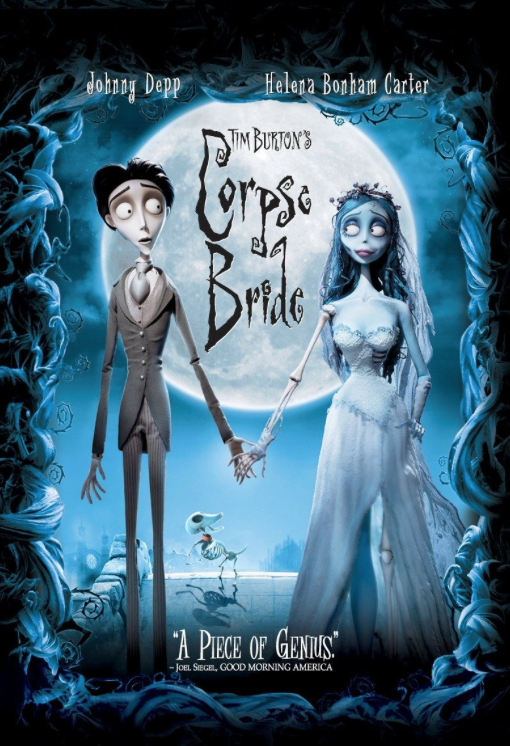 They even came out with a sequel called “Corpse Bride”.

IMDB Summary of “Corpse Bride” : “When a shy groom practices his wedding vows in the inadvertent presence of a deceased young woman, she rises from the grave assuming he has married her.” 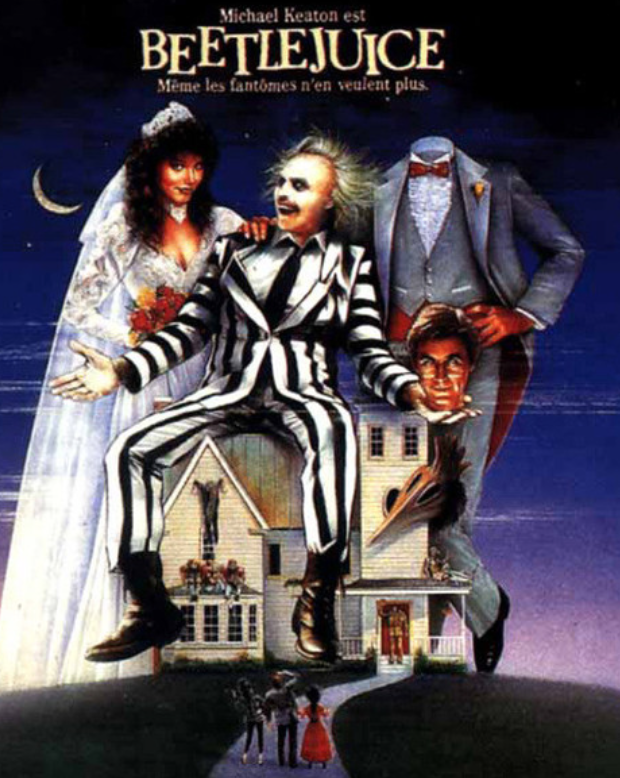 When a couple realizes they themselves are ghosts, and another family has moved in their house, they call on “Beetlejuice” a crazy, questionable ghost to help scare “the living” into moving out.

IMDB.com Summary: “A couple of recently deceased ghosts contract the services of a “bio-exorcist” in order to remove the obnoxious new owners of their house.” 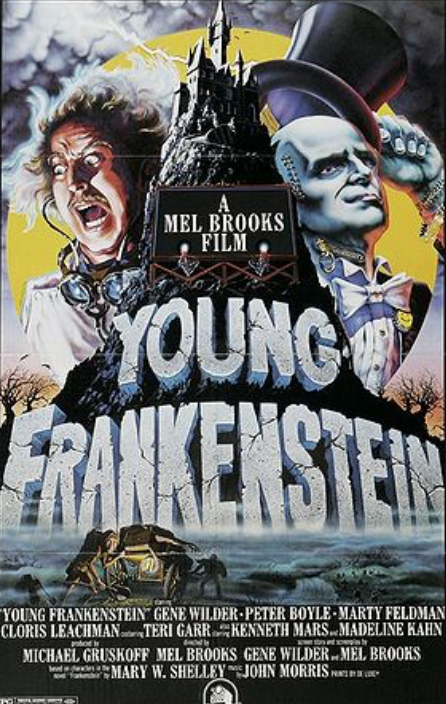 Rated PG- This black and white 1974 movie is a fun take and twist on the famous Frankenstein.

IMDB.com Summary: “An American grandson of the infamous scientist, struggling to prove that he is not as insane as people believe, is invited to Transylvania, where he discovers the process that reanimates a dead body.”

Ok, so we know these aren’t movies, but they need to be mentioned anyway, because what is Halloween without… 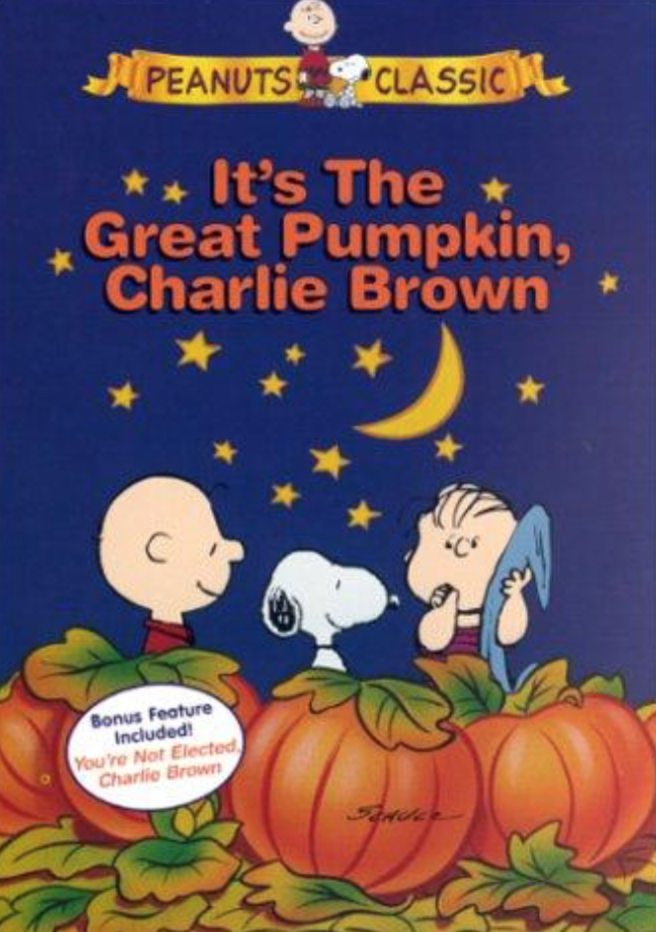 If there’s a definition of “Classic Halloween Movie”, this is it! Who doesn’t love Charlie Brown?!

This movie is fun for the whole family. 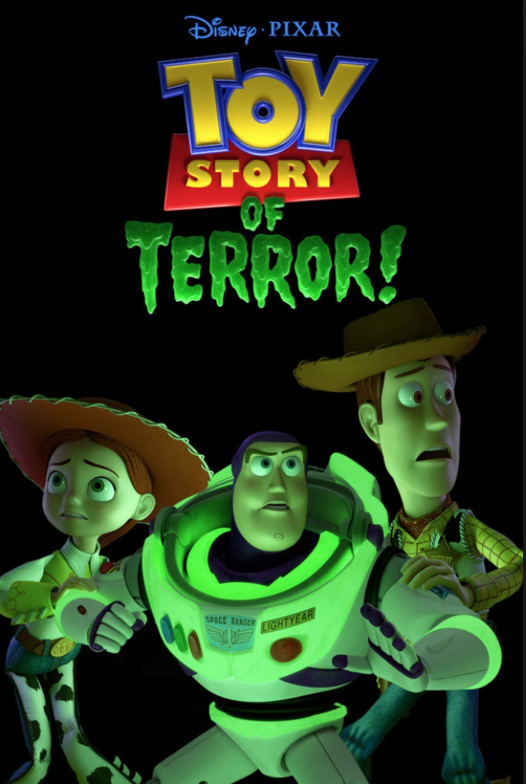 Can’t get enough of “Toy Story”?! Here you go! Another adventure for these toys in this television special short film.

IMDB.com Summary: “Woody and the gang are held up at a roadside motel and members of the group start to disappear from everywhere. Woody and set about getting to the bottom of the mystery.” 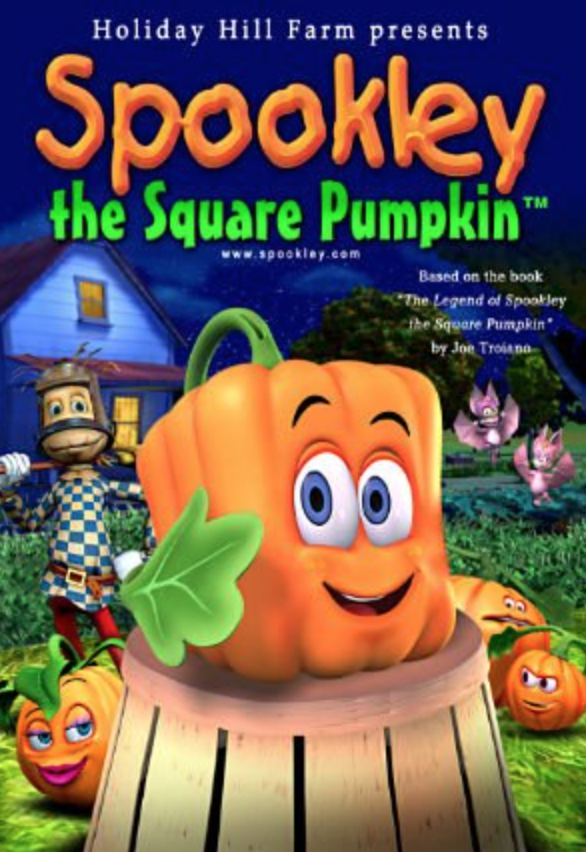 This is another cute one for the kids, and has some good lessons in it as well.

IMDB Summary: “Poor Spookley is a pumpkin who’s shape is square rather than round. He’s teased and taunted by other mean round pumpkins. But he receives help from a Scarecrow and his 2 bat side-kicks and 3 very funny spiders.”

P.S. CHECK YOUR LOCAL LISTINGS TO SEE WHICH ONES YOU CAN CATCH ON TV FOR FREE!
WANT TO OWN IT INSTEAD?  JUST CLICK ON THE MOVIE, AND WE’LL SHOW YOU HOW YOU CAN GET IT!