Who Else Here Hates Shaving? 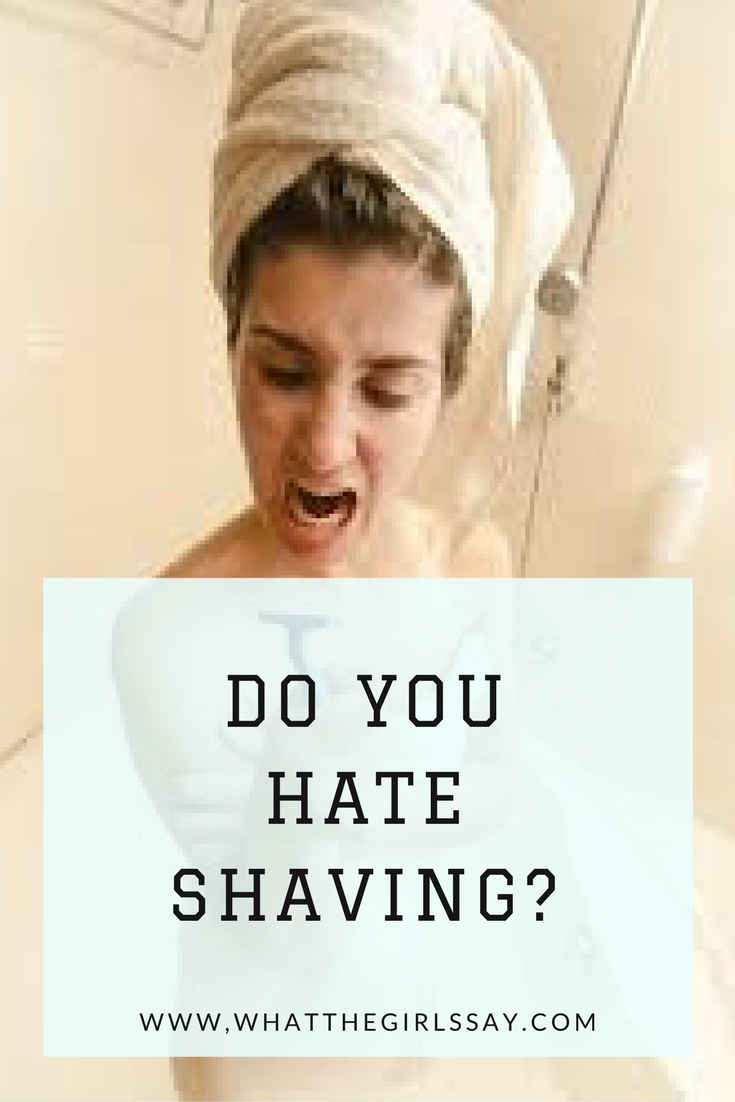 Have you ever thought about what a strange thing shaving is? I mean, who was the first person who thought it would be a good idea to take a blade to their own face? And how did it progress from that into a cultural norm?

I can’t be the only girl who thinks that waxing and shaving her legs is just… a whole lot of effort. And those nice razors? They’re so expensive! How did we get here?

Shaving goes back a lot farther than you might think… even leg-shaving. In fact, the Ancient Egyptians shaved their whole bodies, top to bottom, even the hair on top of their heads; they wore wigs instead.

Romans also shaved. Keeping their beards shaved and hair cropped was a smart move in close-quarters battle, because it made it harder for enemies to grab hold. It also helped prevent the spread of disease and vermin, ensuring that the soldiers were clean (bet you never considered that benefit of shaving, did you?)

Normalization in the Modern Era

Despite ancient Roman and Egyptian habits, shaving for women didn’t become a popular, normalized thing in the Western world until the 20th Century. In 1901, King C. Gillette patented the safety razor. This made it easy for people to shave in the privacy of their own homes, instead of depending on professionals to take care of unwanted hair.

The safety razor was so popular that sales skyrocketed, even during the Depression. Soon, the company realized that there was a huge untapped market: women. In 1915, Harper’s Bazaar published an ad featuring a woman in a sleeveless dress, raising her arms over her head to reveal smooth underarms. The print encouraged women to remove “objectionable” hair before trying out the sleeveless dress.

As far as marketing strategies go it was brilliant (if, perhaps, sexist and body-shaming).

In the 20’s underarm shaving became the norm for women, especially in the shift-style dresses popular at the time. But while conventions were scandalized with shortened hemlines, shaving legs didn’t become popular just yet. During the Depression, hems were lowered again, and most skirts didn’t show more than an ankle. 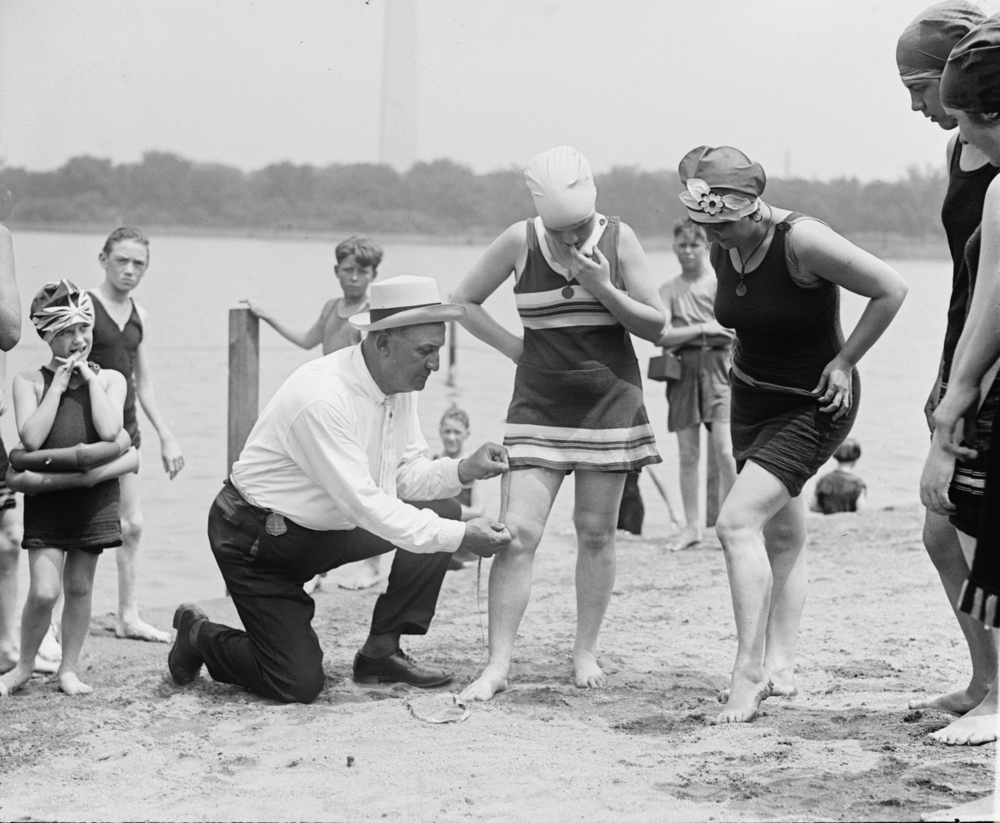 You’d think that everyone had more to worry about during WWII, but the truth is that this is the time when leg-shaving really became the norm amongst women. First of all, famous pin-up girls like Betty Grable were featured in every army barrack, not to mention fashion ads throughout the world. The bared legs attracted stares from both genders, and although miniskirts didn’t immediately become popular streetwear, women were much more conscious of how they displayed their legs.

In the meantime, nylons and stockings started becoming harder and harder to get a hold of, since the war had shortage situations happening in every convenience store. So, in order to achieve the same soft look, women opted for razors, which were American-made and much easier to obtain.

Today, we use whatever means necessary to get rid of “unwanted” hair. And while technology has made it easier to take care of personal grooming, the truth is that there’s still a lot of bother and complication involved in hair removal.

Even laser hair removal, which feels like the turnkey solution for every girl who can’t seem to manage shaving her ankles without a nick or two, isn’t perfect, as this article states. 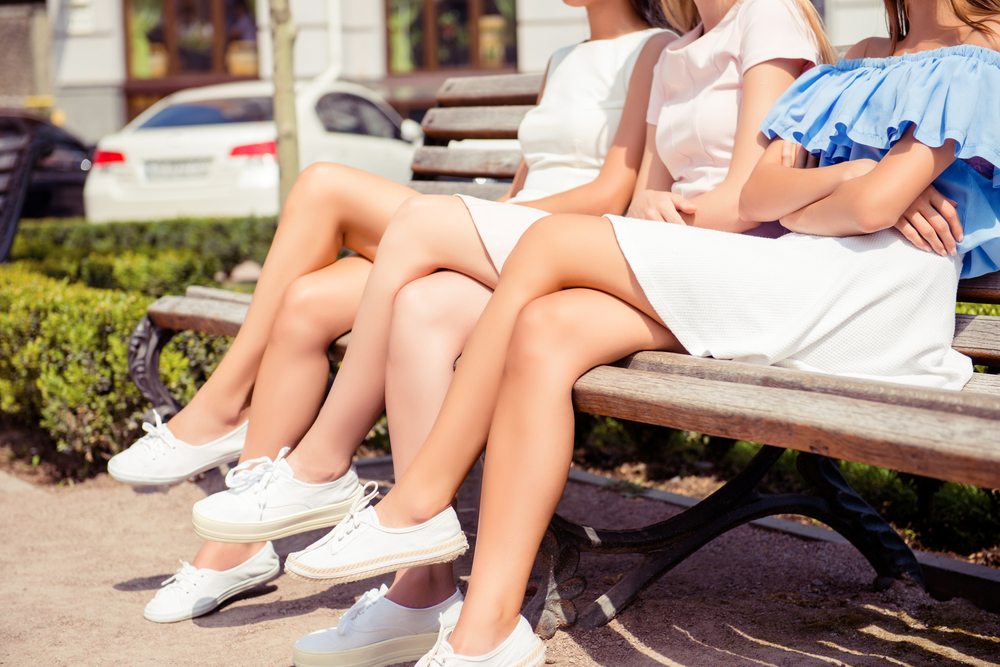 In fact, the more I learn about the trends behind leg-shaving, the more I want to never pick up a razor again. A woman will spend tens of thousands of dollars in her lifetime to remove unwanted hair. Did the whole female gender just get tricked by a marketing gimmick? It’s also considered a complication because it perpetuates the trend to glorify women who are younger and younger. Not only do we have to be in the bloom of youth in order to be beautiful, but we may have to go clear back to before puberty and the onset of body hair.

At the same time… who doesn’t like the way it feels right after you shave? And while I won’t bother with a razor if my legs are covered in jeans or a maxi skirt, that doesn’t mean I have the courage to venture out in a bathing suit without doing some shaving. The truth is that all we see of women’s bodies are waxed, glossed and airbrushed versions of reality. As ads got more and more open about how much of women’s bodies they showed, only hairless versions were shown, and so it became considered the norm.

How do you feel about shaving? Do you have an inner rebel, protesting the cost and manipulation? Or do you love the look and feeling too much to worry about it?