Our bucket list Lapland trip wasn’t quite complete without a stop in Inari.  We enjoyed the ice castle in Kemi, the spectacular Auroras at Northern Lights Village, and relaxed at the beautiful Aurora Village, but we still had to experience some of the Finnish Culture in Inari. 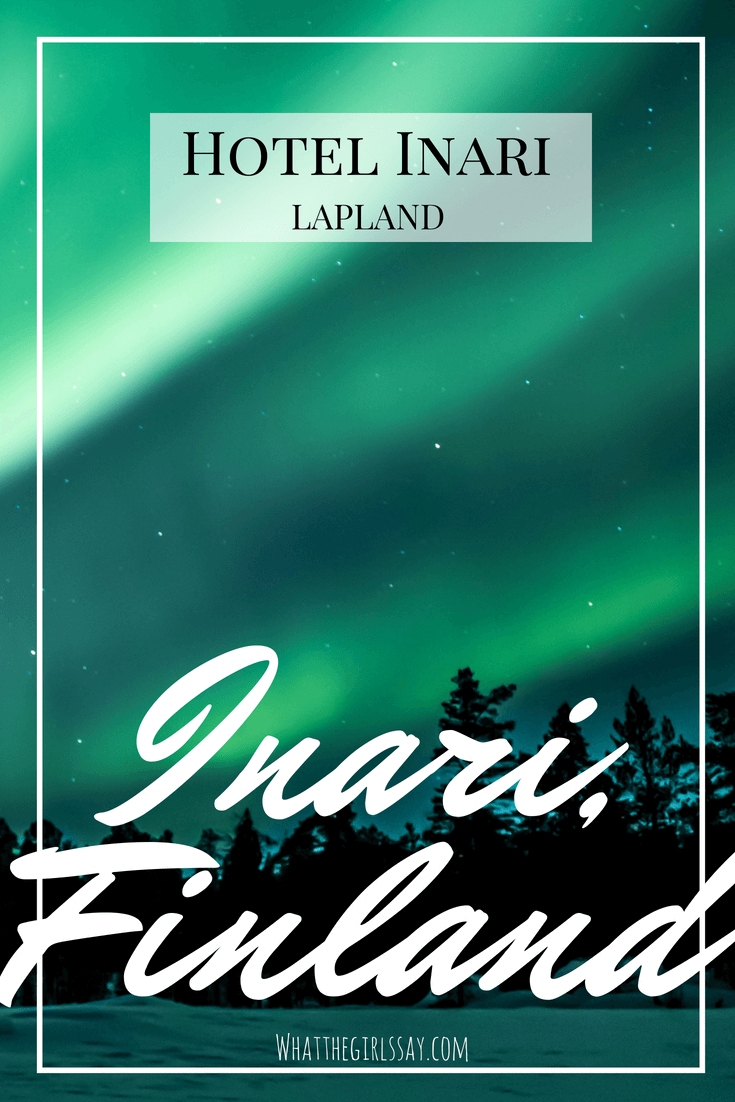 The last leg of our trip was at Hotel Inari. We were excited to get there, because it would be the furthest North we were traveling to, so we were looking forward to an awesome Aurora show. And it did not disappoint.

We checked into our room, where we had the superior room with our own sauna. It was actually the first time we were able to fit sauna into our schedule, and was one of the last things on my list. Saunas are huge in Finland, so I was excited to finally have some time to experience it. Our room was nice and clean, and included a decent little coffee bar with teas. Our room overlooked the frozen lake, which was perfect for a night of Aurora watching. 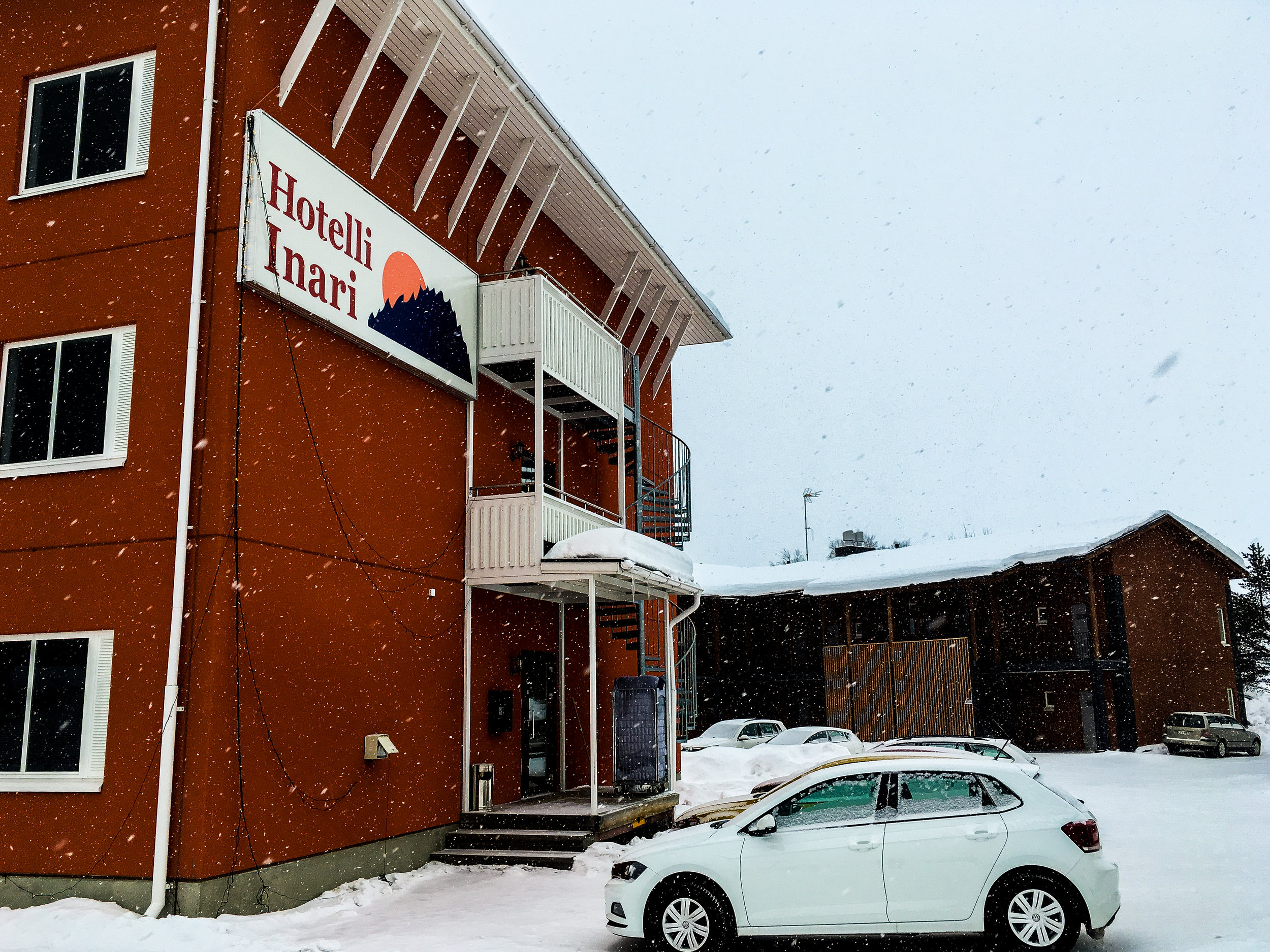 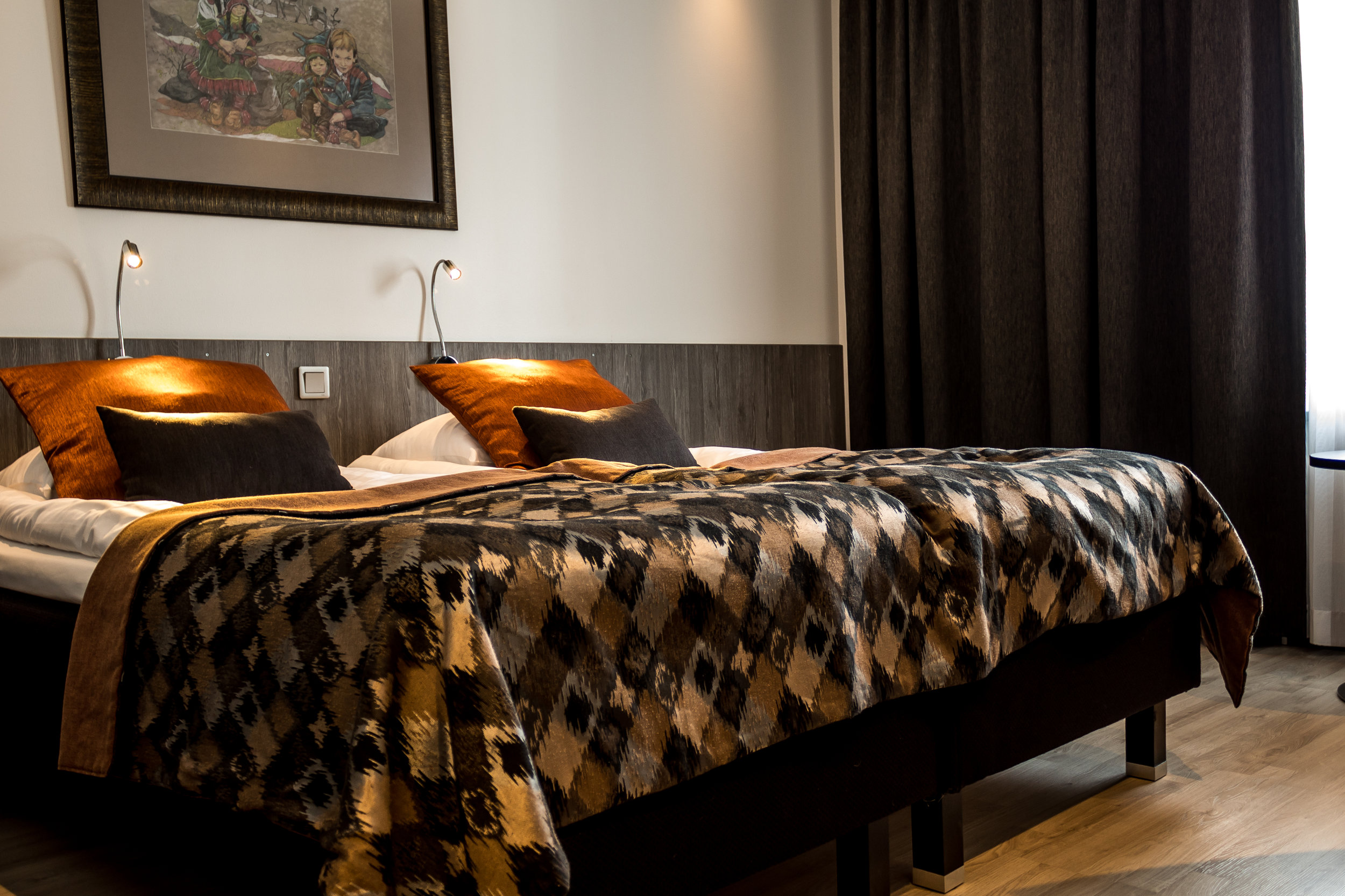 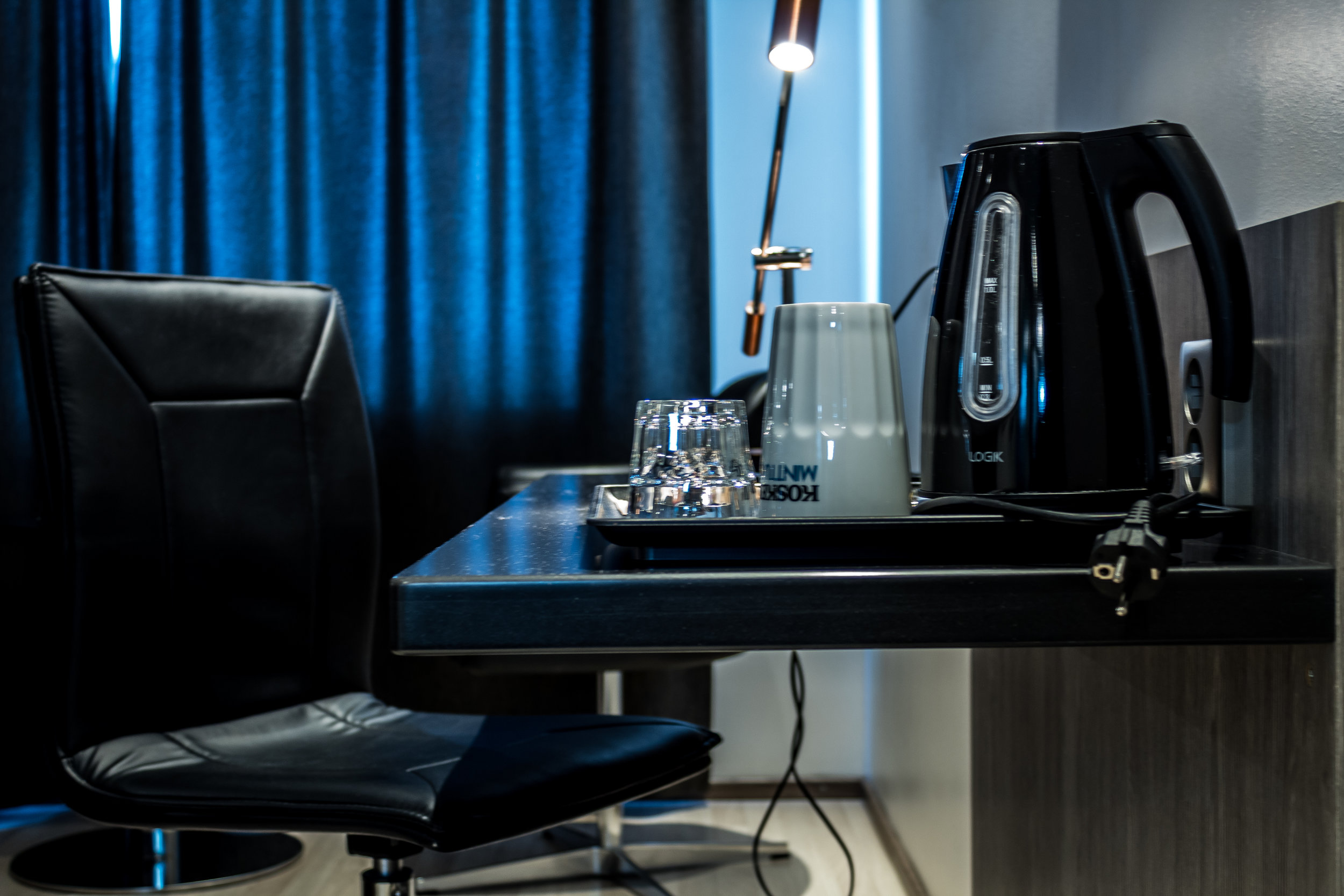 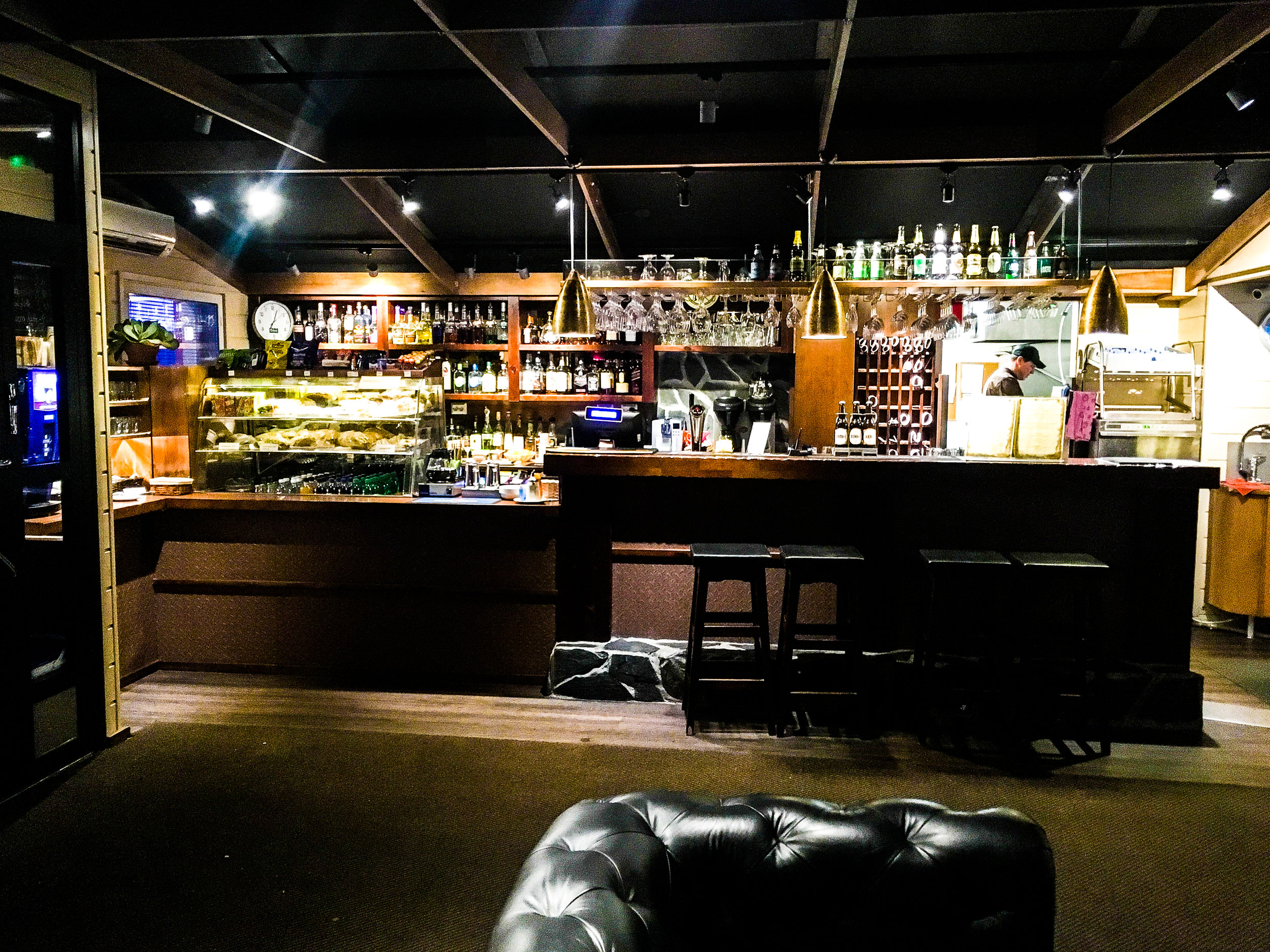 Our first night there, we took the snowmobile Aurora tour, as we had already fallen in love with this excursion, so decided to do one more. It turned out to be the best Aurora show we had on snowmobiles…no Lazy Lights here We rode out onto the frozen Lake Inari, and stopped somewhere in the middle, after not driving for too long. Our guide popped up a campfire setup on the back of his snowmobile, and we stayed there for just about 2 hours!  Now, 2 hours on a frozen lake could have been torture….but the show we got there made it all worth it.

Typically, the tour would ride on further and hit a couple different spots, but since the show was so amazing that night, we just stayed put. That’s the fun thing about these tours…every one is different and depends on who is there and what is going on.

The lights took a bit to get going, so at first we were just seeing the “lazy lights”, but as the night went on, we got a more spectacular show, the longer we waited. Our guide told us that when he was growing up, his mom told him that if you whistle, the lights will dance for you. He preceded to whistle a bit, and no joke, less than 20 mins later, the lights were dancing like crazy. It was kind of fun seeing an old tale work once, and you kind of felt the magic of being a child.  (Obviously we saw lights dancing earlier without whistling, but it was fun in the moment to play with that idea). 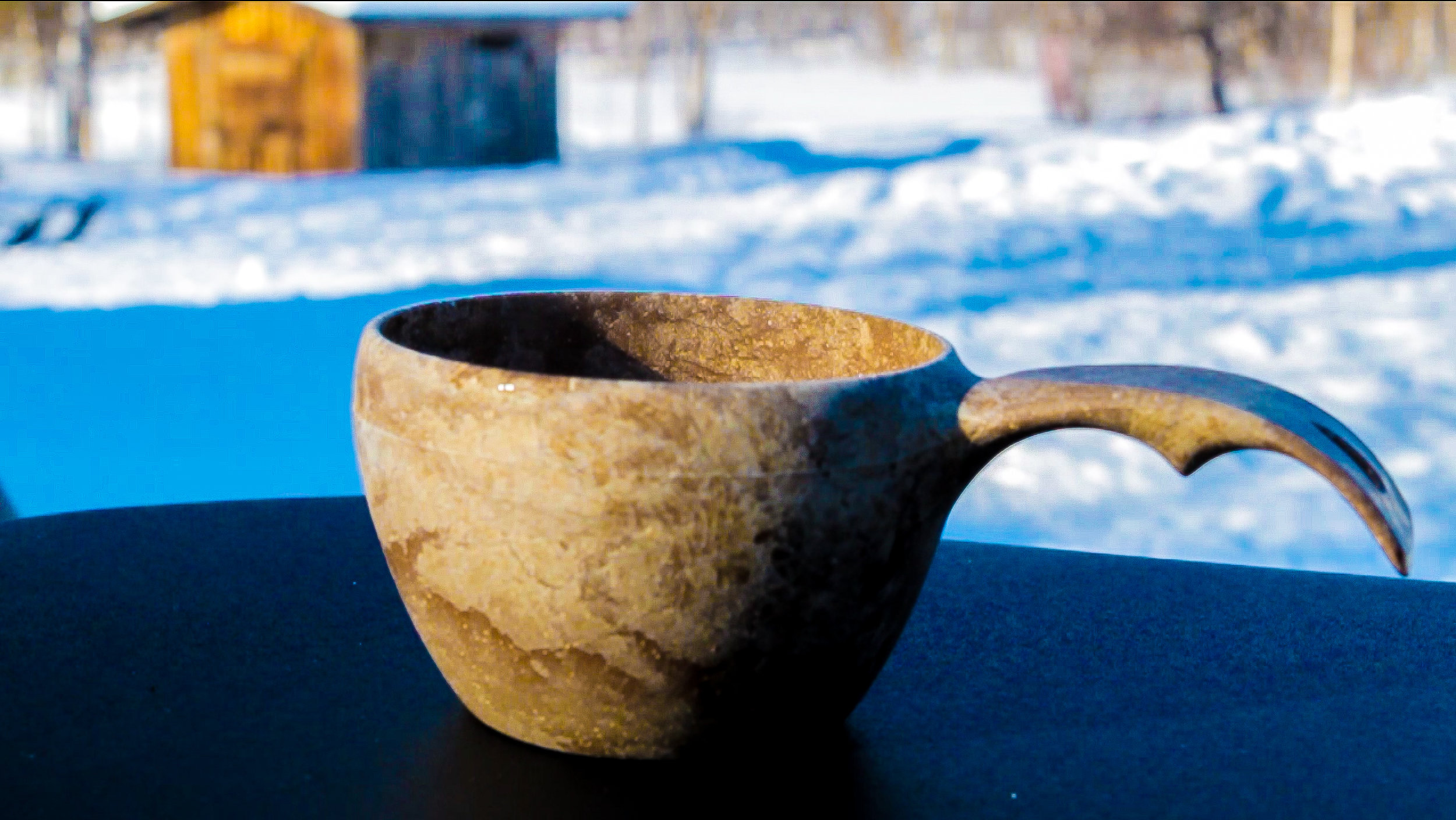 B captured an awesome time lapse of the lights from one side…but the show was all around us, and especially directly above us. His lens froze towards the end, so you can see it in the video below.

It was sooo cold standing on that lake, so I was thankful to have the gear that they provided the whole time. I actually never took my helmet off either, as I was using that to warm my head as well. It was a wonderful night with a fantastic show. 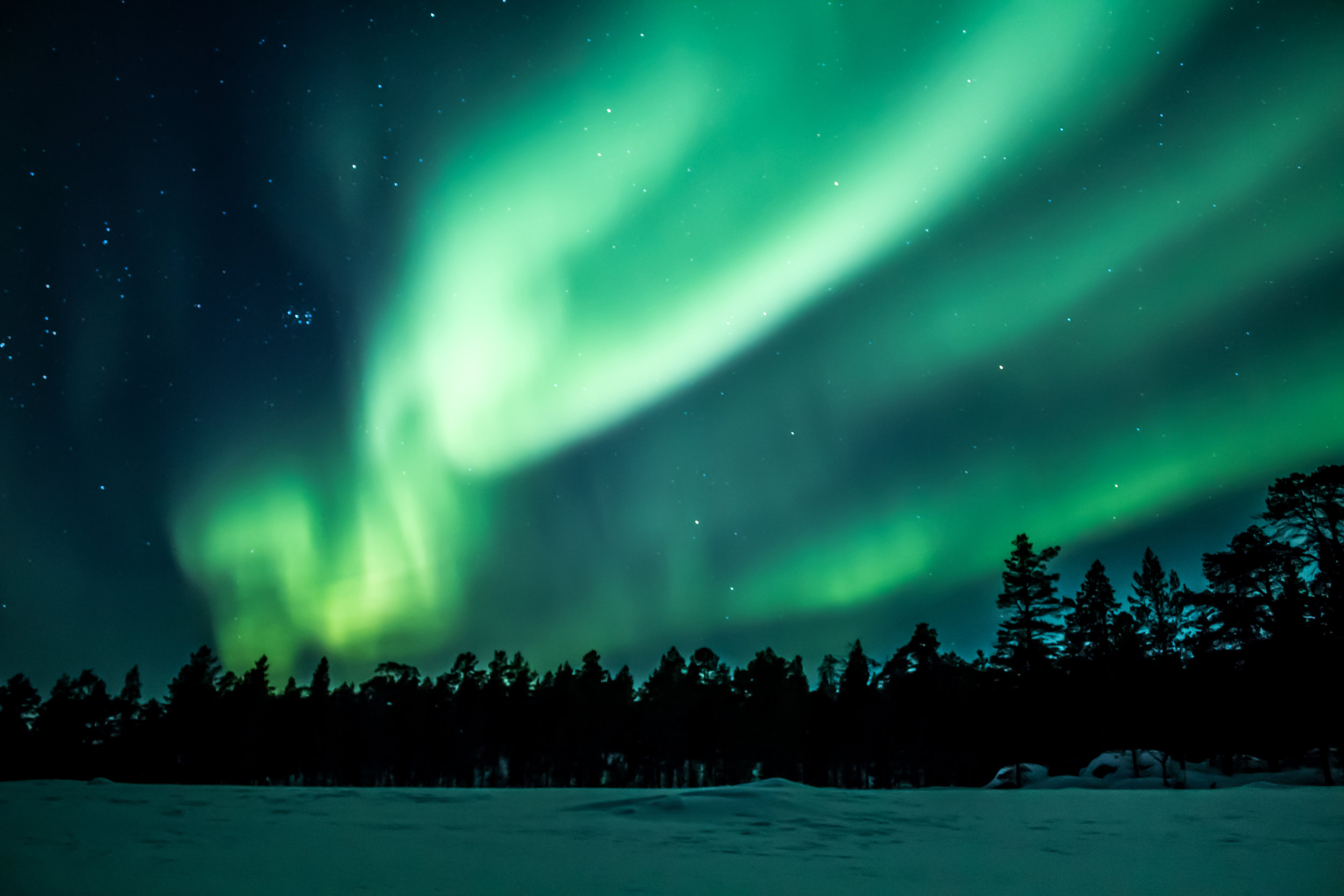 Inari was the perfect place to have the cultural experience, so the next day, we took the Sami Culture by Snowmobile tour with Hotel Inari. This was probably one of my favorite tours in Finland. We rode snowmobiles through the forest, and stopped at their old wooden church. It was so cool learning the history of that church, and we were able to go inside and see the pews and pulpit. 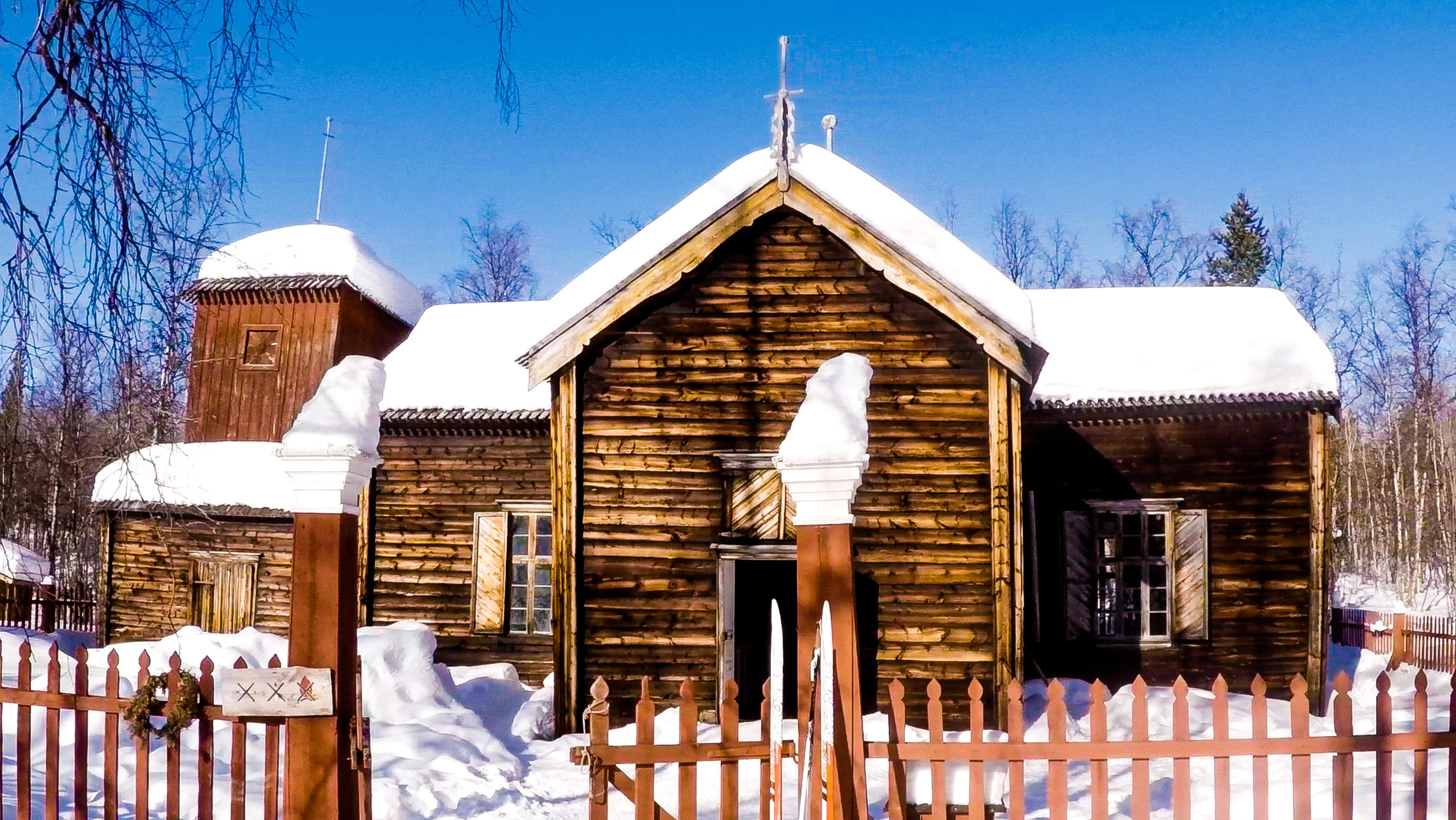 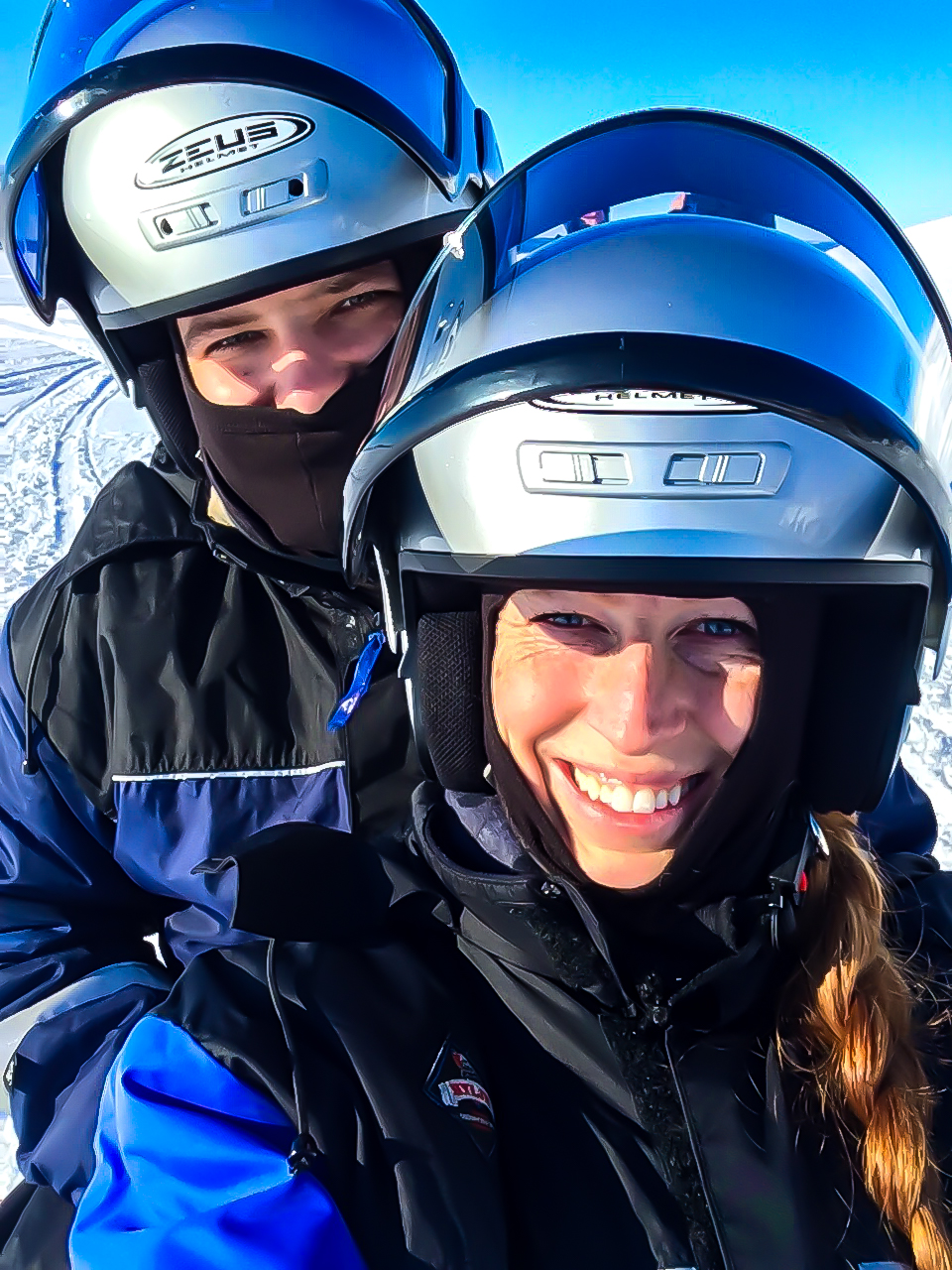 We headed for a nice lunch after, in a small hut. All the dishes were wooden, like the made back in the day. Our guide cooked up some soup, we had sandwiches, and drank lots of hot berry juice, tea, and coffee, while sitting around a table next to the fire. It was a nice meal, and a cool experience eating in the cabin. 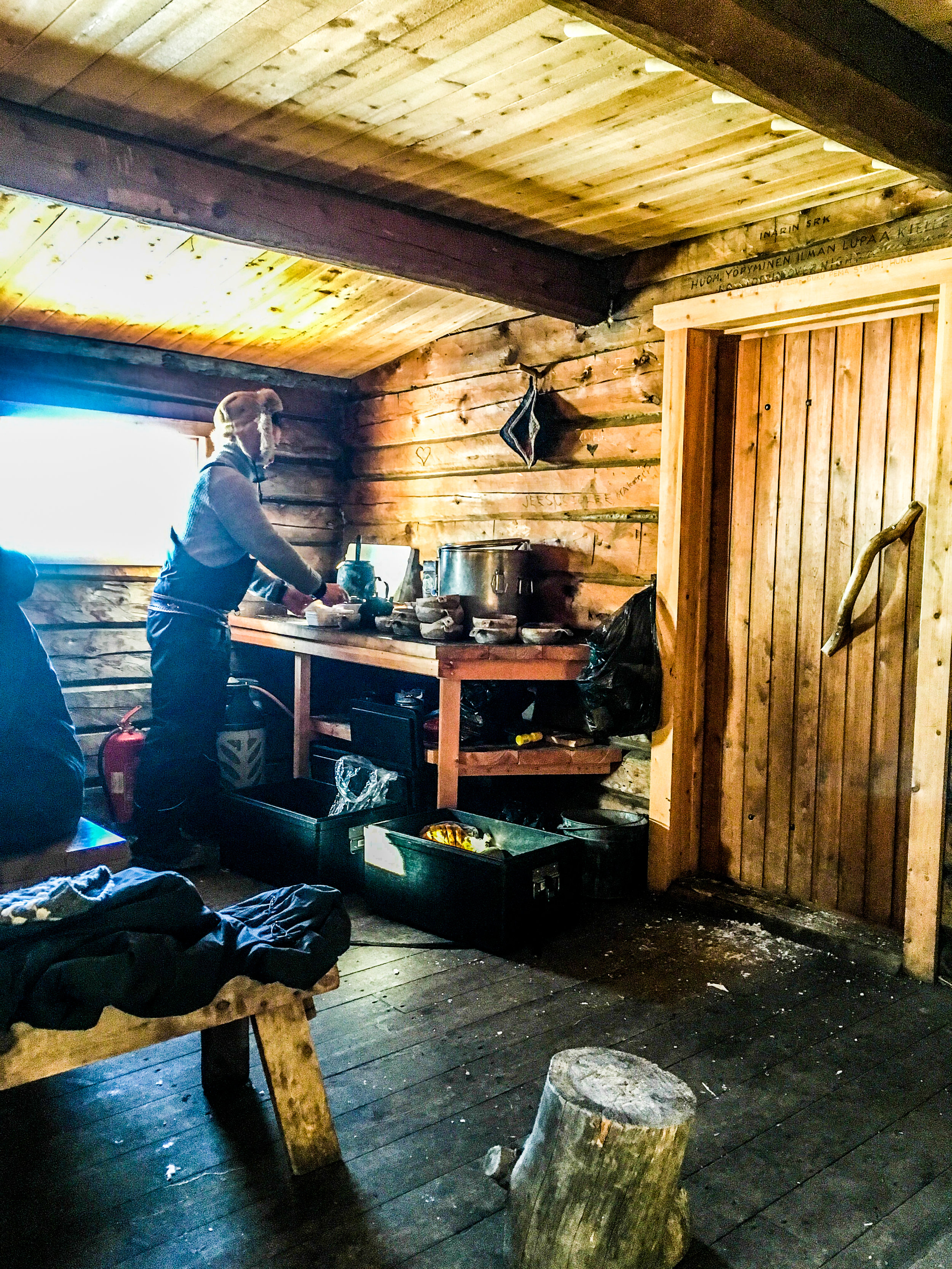 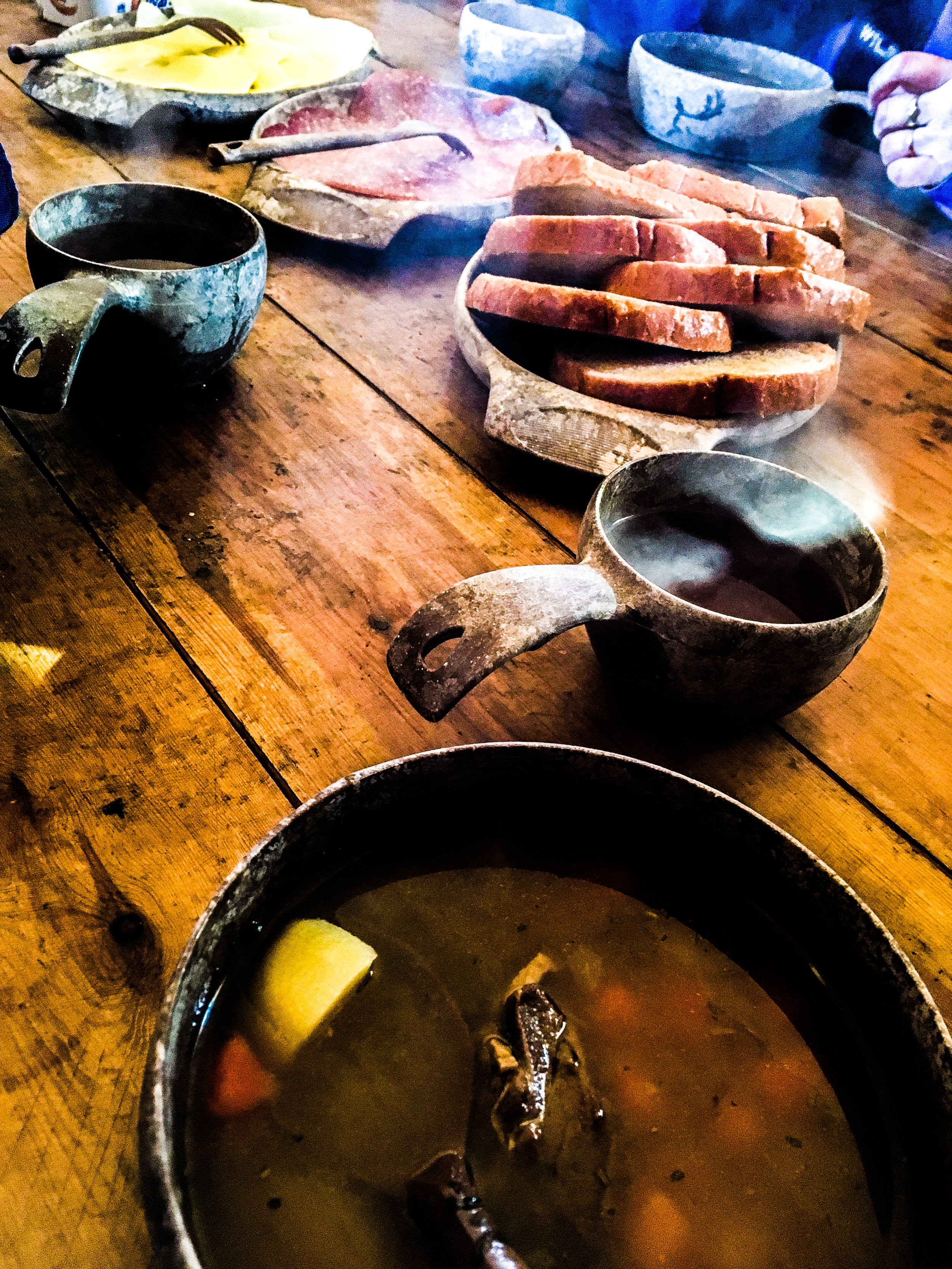 Our last day, we headed to the Sami Museum, where we were able to see the stories we learned from the day before, come to life. The museum was packed with exhibits to show what Sami life was like, and there’s a huge mural over each wall to show you exactly what it’s like each season of the year around Inari. It was fun to put everything into perspective and see the samples of it around.

The museum should only take a couple hours. It’s not huge, but has a lot of information inside. 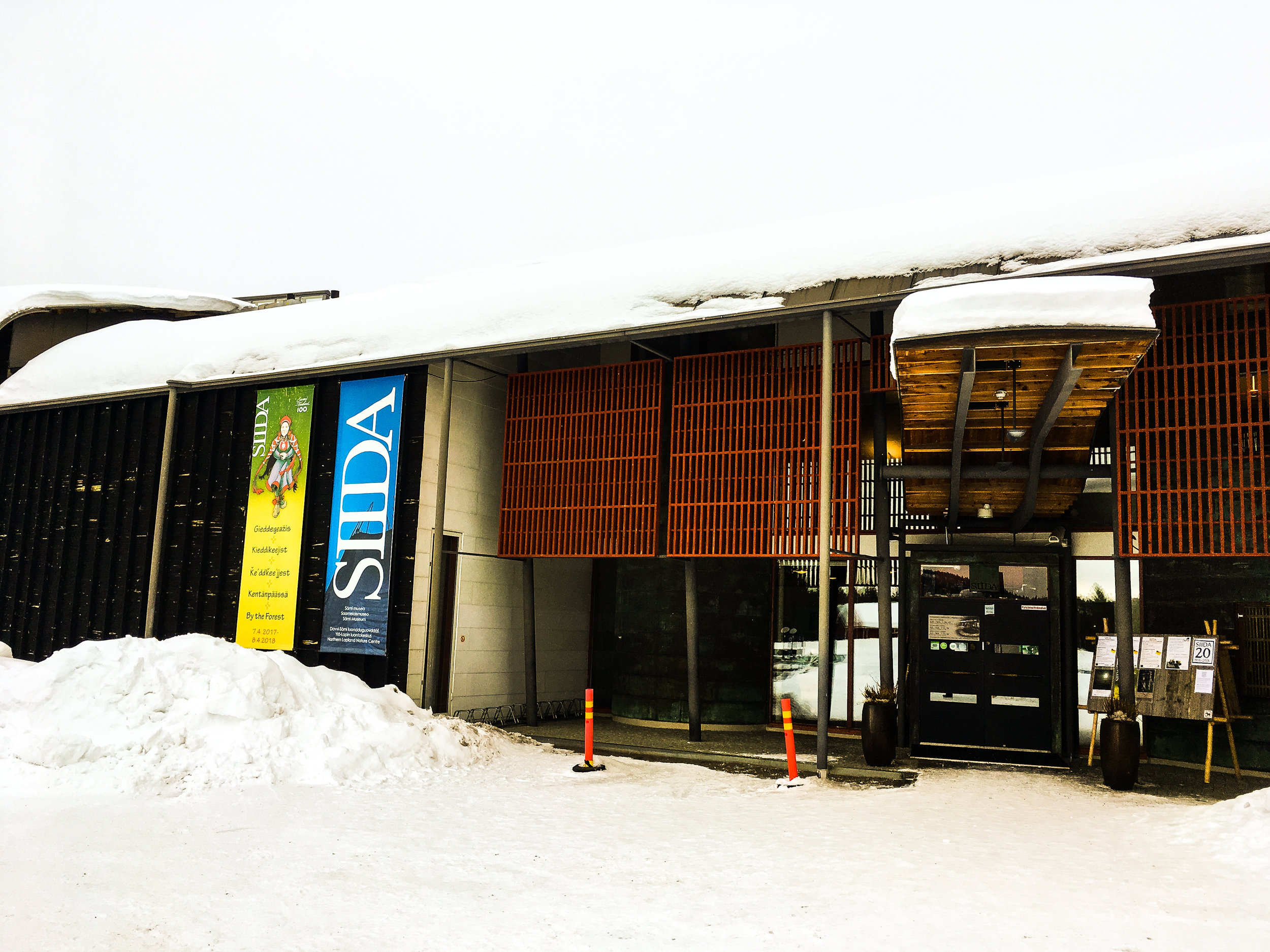 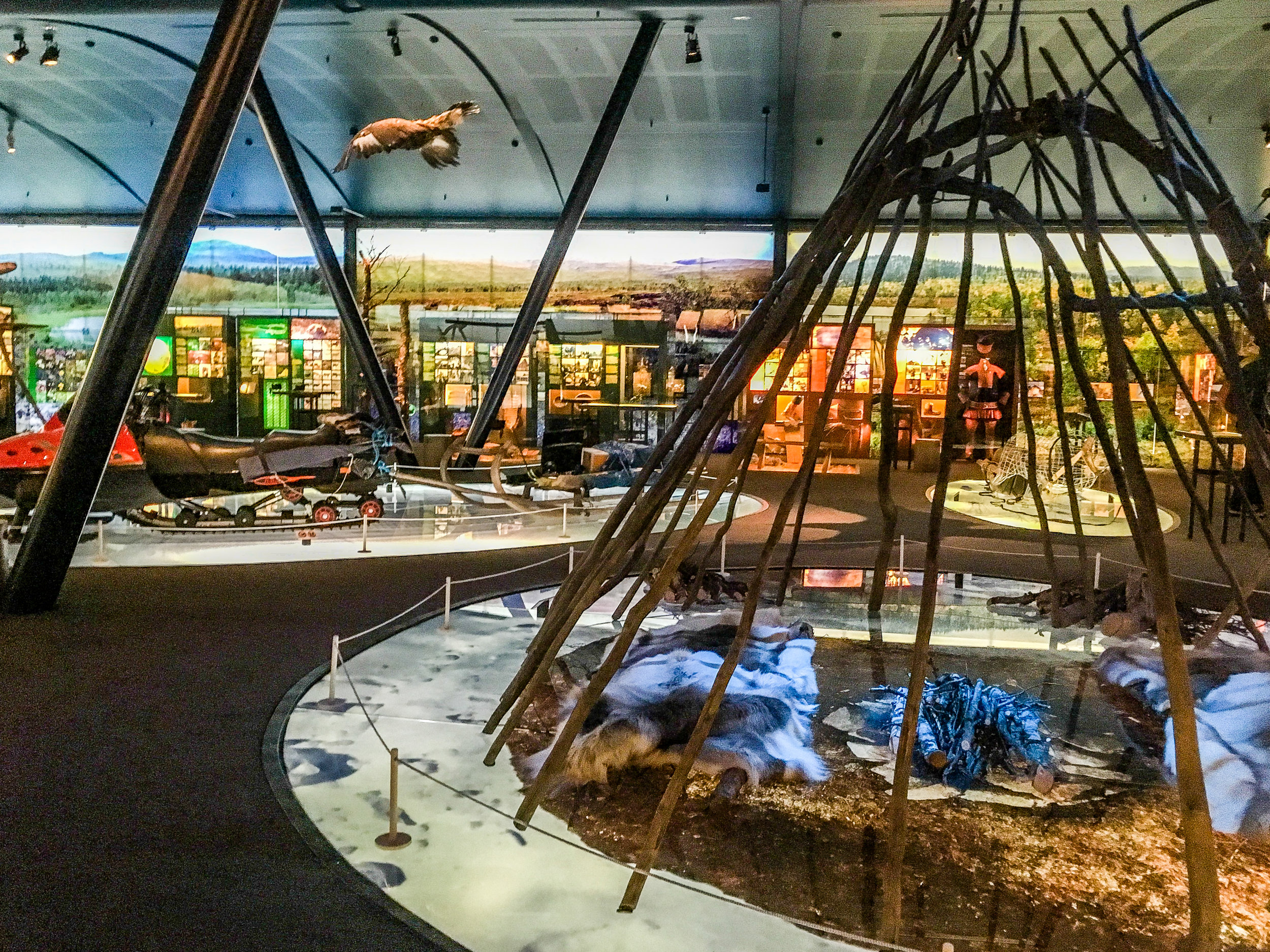 After we got back to our room, we relaxed in the sauna, had dinner in their restaurant, and then enjoyed our final Aurora show from our room.  We did half board while we were there, so we had breakfast and dinner included. Some nights there was a buffet for dinner, and others a set menu. They were great at catering to dietary needs or preferences there as well, and the food was delicious. We felt like we were eating in a fancy restaurant every night. Definitely felt a bit spoiled.