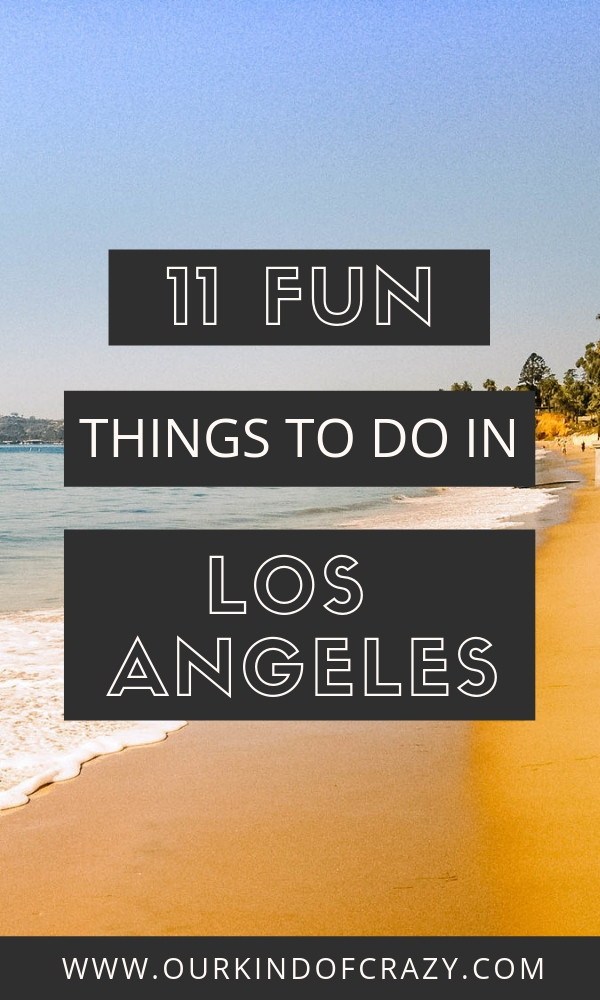 If you have been a parent for a while then you will understand why a vacation with just your spouse feels like Christmas, your birthday, Easter, St. Patrick’s day, Halloween and every other extraneous holiday rolled into one! It feels like you are sneaking around and doing something crazy!

In short, traveling to Los Angeles with my husband was the most amazing thing ever!! We felt like unencumbered teenagers again. And, without your kids, you can get so much done in a day.

I have been to Los Angeles many times, but never with my husband. We had 4 days and packed in all the best LA has to offer.

Despite the incongrouity of the season, fall is a great time to visit Southern California. The weather is still warm but not stifling. A lot of the tourists are gone, and the city feels much less busy and crazy. I highly recommend it! Her are my must do, can’t miss attractions.

To Do In Los Angeles:

This is a shopping Mecca for deal finders. This pedestrian alley is located in downtown Los Angeles and sells discount items for every budget. Electronics, fabric, clothing, shoes, makeup, gadgets, housewares, and more. The alley goes on for blocks!

I am still wearing shoes I bought there 5 years ago for $20.

Tip: beware of fakes. There are name brands being sold here for a fraction of their usual retail price. My assumption is that most, if not all, are counterfeit products.

This is the oldest part of Los Angeles that dates back to the late 1700’s. It was founded by Spanish settlers and eventually grew into downtown Los Angeles. It is now a pedestrian street with vendors, restaurants and historic monuments. Most of the street pays homage to the Mexican traditions of its past. The vendors sell colorful skirts, painted toys, and leather bags. You can also visit an old home on the street and see how the settlers lived in the 1700s.

Plan on an hour. 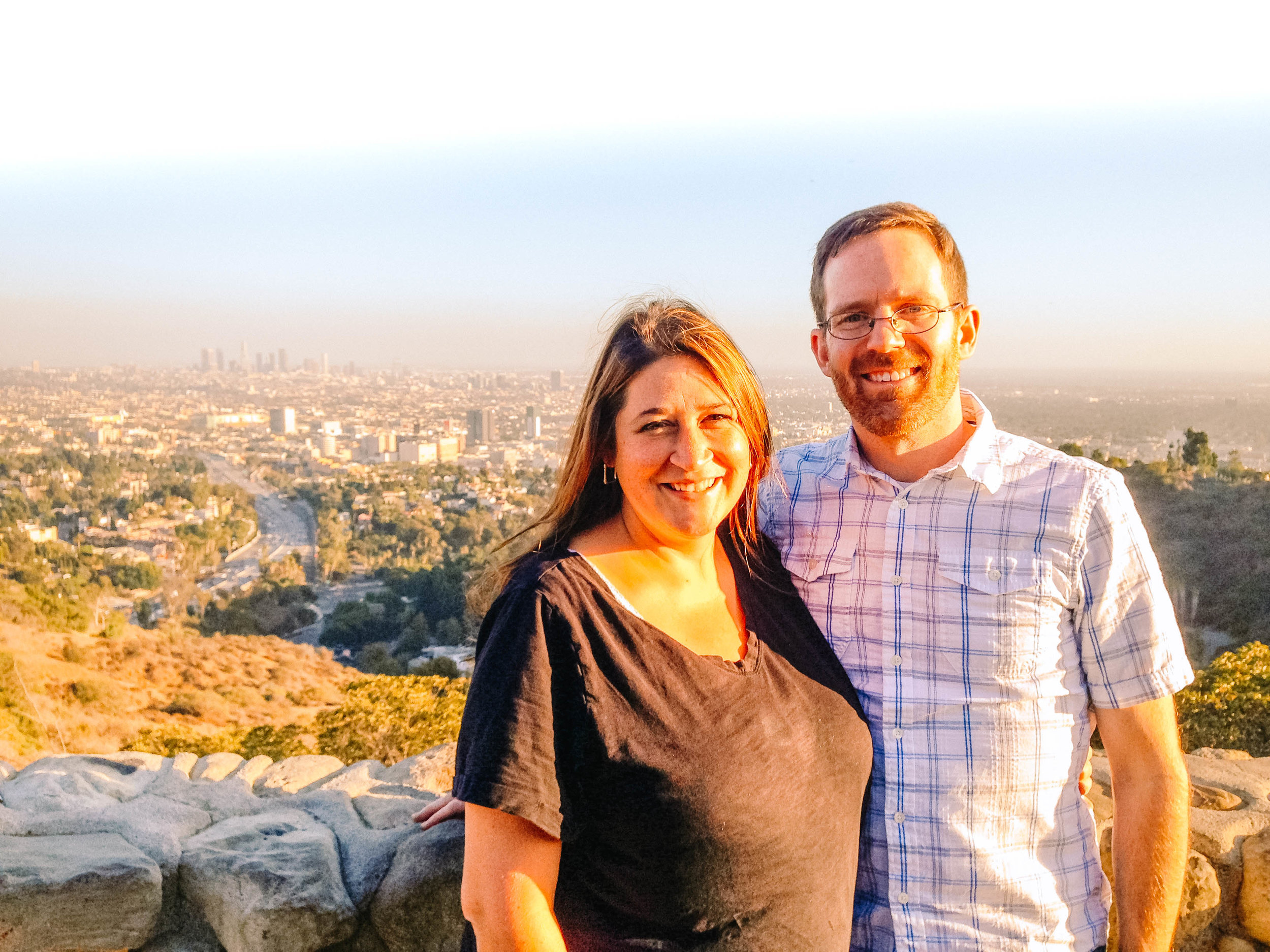 I love an art museum for about 30 minutes, and then I’m ready for something else. The Getty is unique because we spent 2 hours there and was bummed to have to leave. This world-renowned art museum is set in one of the most picturesque locations ever.

The Getty was built on a cliff and designed to look like an Italian villa. The museum itself is art as much as the works inside. The elaborate gardens, the outstanding views of Los Angeles, and the fact that the Getty is free make it my favorite museum ever!

There are so many walking food tours available in Los Angeles. We did a cupcake food tour that took us all over Hollywood! We stopped at 6 different cupcake shops and learned the history of that part of Los Angeles. We learned about architecture, movie locations, homes of famous actors and more.

There are other tours available here.

This is one of my first stops every time I visit Los Angeles. My husband and I are nuts for a farmers market, and this one has been around since 1934. Part restaurant, part fresh produce, this market is huge. You can’t go wrong eating at any of the restaurants, but I love the French Crepe Company! They have savory and sweet crepes, and both are outstanding.

Tip: There is ample parking, and you can get it validated at any of the shops in the farmer’s market.

Hollywood is alive and well, it just isn’t in Hollywood anymore. Most television and movie-making takes place in Burbank (a city about 10 miles away). If you want to visit Hollywood there is still plenty to do, but odds are you won’t see movies being made! Here are my favorite picks for Hollywood:

Plan on an hour. 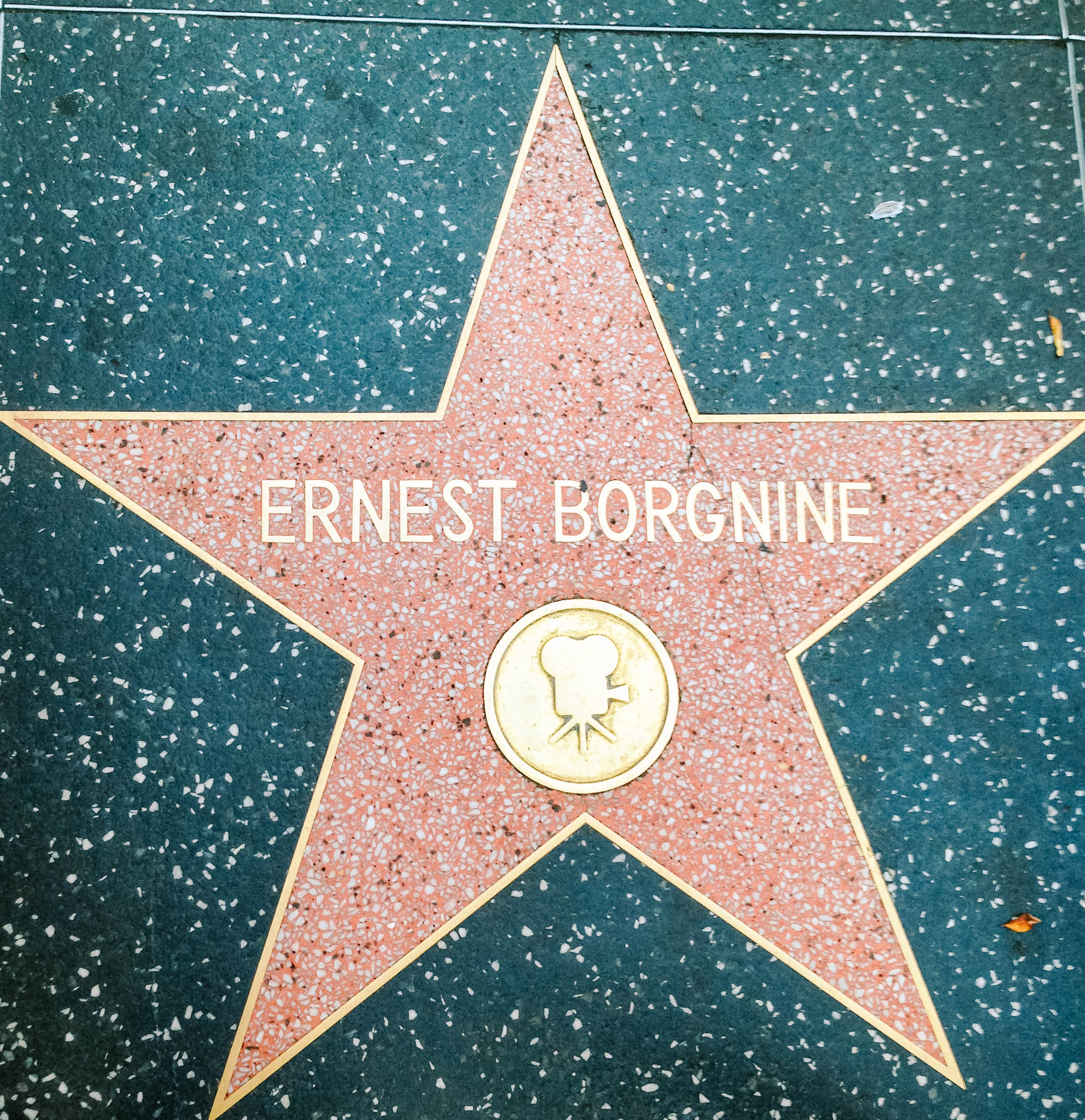 While you are visiting the Walk of Fame, take a stop at El Capitan theater, the Egyptian theater or the Grauman’s Chinese theater. All of these theaters were built in the 1920s by Sid Grauman. They all still operate as movie theaters and hold movie premieres. The buildings are worth a peek even if you don’t have time for a movie. They are about the only thing that remains of movie making in Hollywood!

I had to include this because it is the top of my list for my next trip to LA! I have been to LA so many times and have never been there when anything was going on at the Hollywood Bowl!!

Outside of Los Angeles:

If you have your heart set on the beach, make a quick trip down the road to Santa Monica. This seaside town has beautiful beaches, a boardwalk, and lots of shopping. I recommend going in the afternoon to evening in order to enjoy dinner, a movie, and the nightlife on the boardwalk.

Plan on an afternoon or evening. 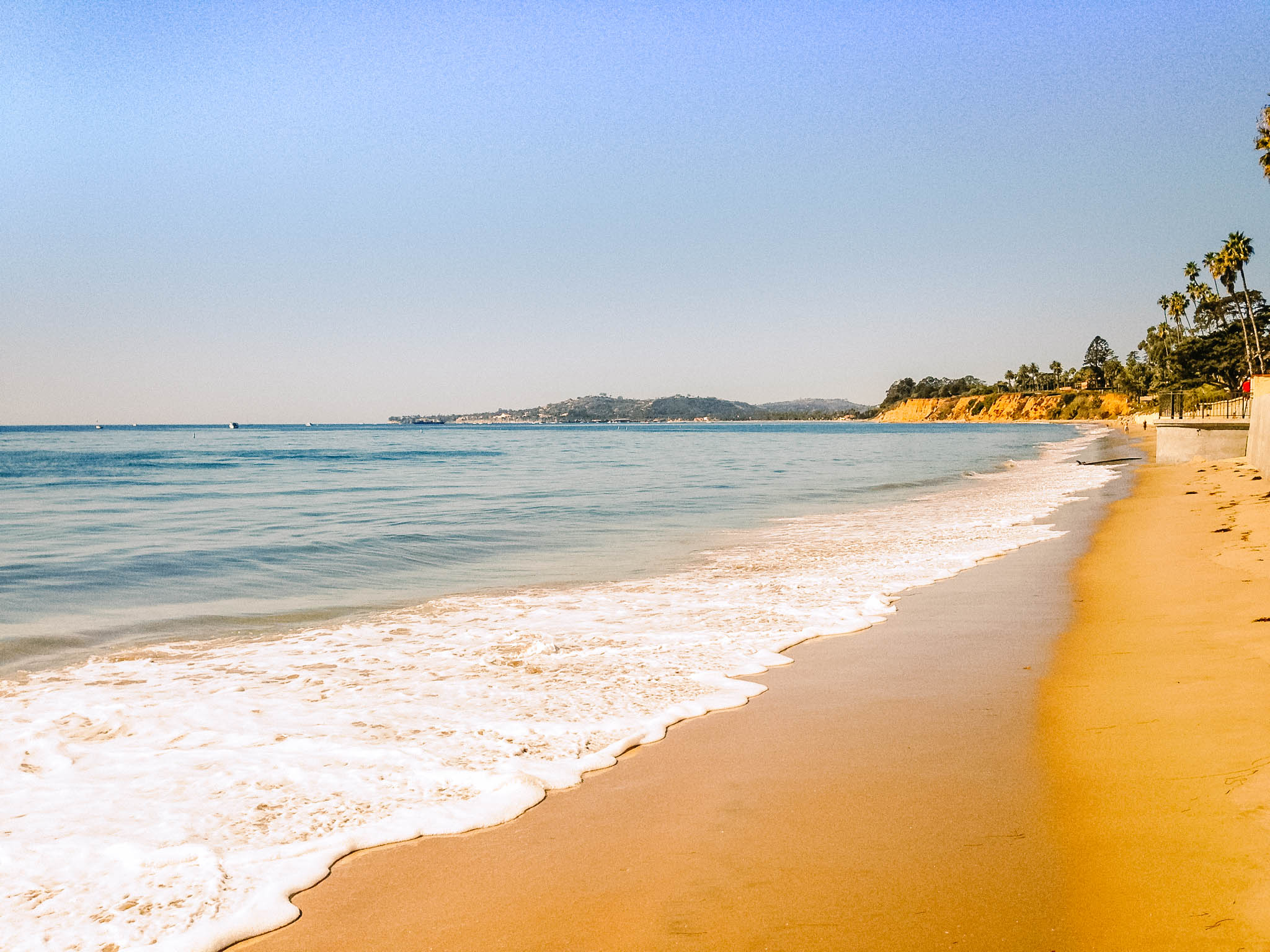 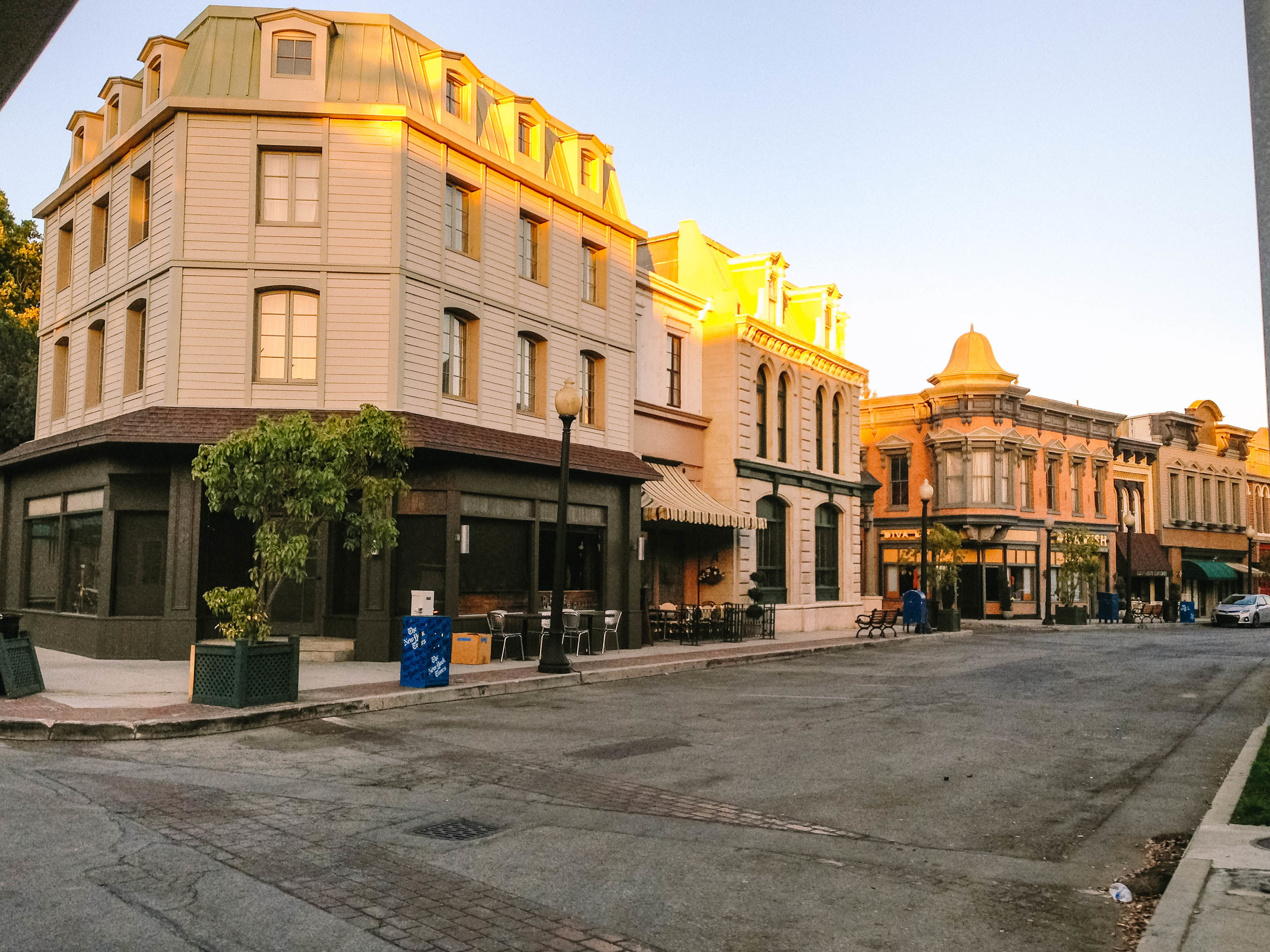 My husband grudgingly went along with this one; he thought it would be too touristy and a sanitized version of a film studio. The Warner brothers tour takes you around in open carts with a guided tour. We were able to visit filming locations from tons of movies and television shows: Gilmore girls, Friends, the Big Bang Theory, Spider-Man and more.

We visited sets built in sound stages and were able to walk around them. They always seem so much bigger on TV. We also visited enormous props and costumes halls.

We had time to visit the Harry Potter exhibit. Costumes and props from the movies were displayed including the sorting hot, broomsticks and the car crushed in the whomping willow. We are big Harry Potter fans and got a kick out of spending time in the wizarding world.

In the end my husband was totally won over!

Plan on 2 hours for the tour. 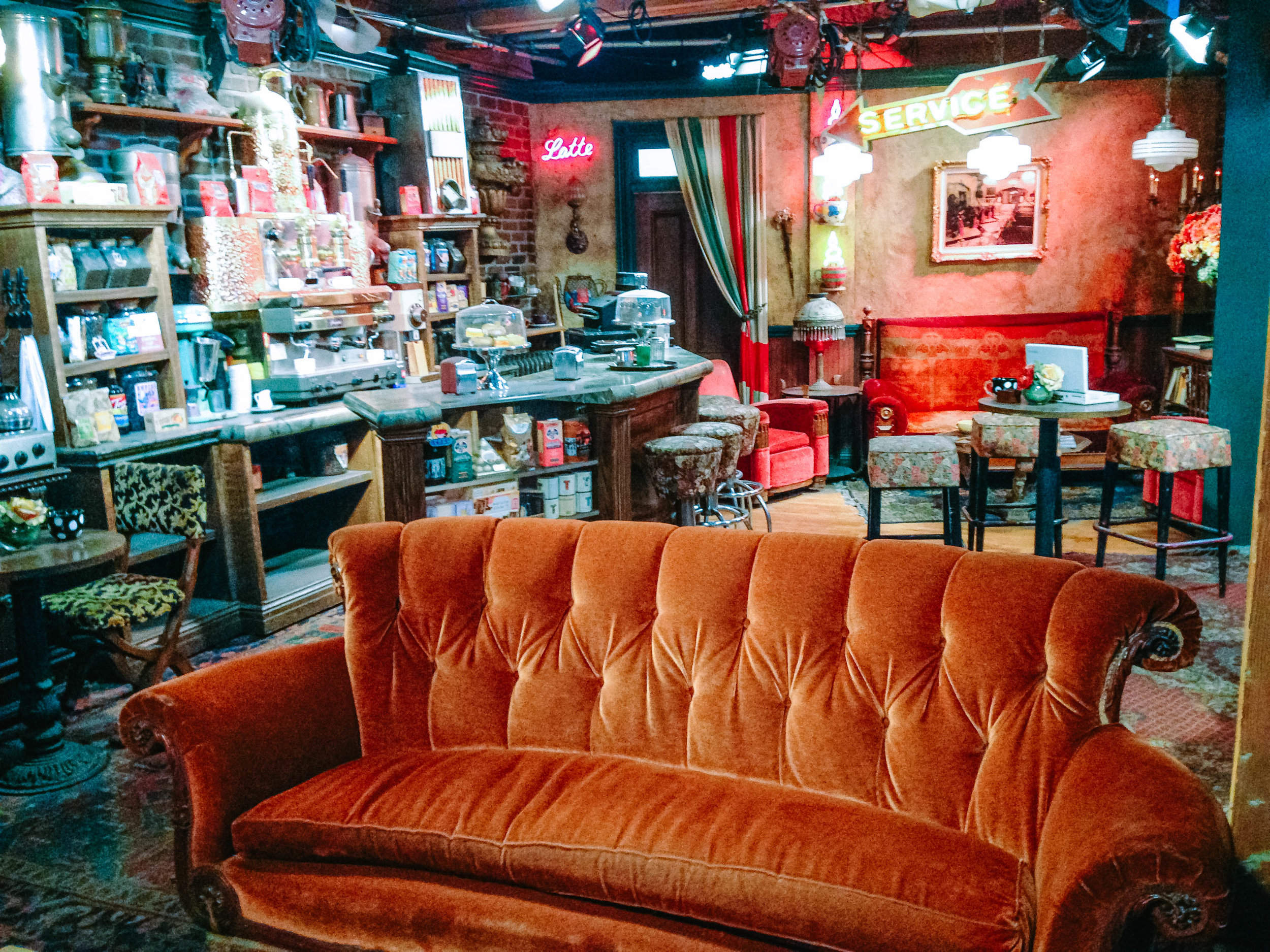 This is hands down the best mole I have ever tried….ever! They serve many different varieties of mole with different spice levels and flavor profiles. There is something for everyone here. I loved my red mole over nachos while my husband preferred the black mole over chicken. You can even order their mole online. 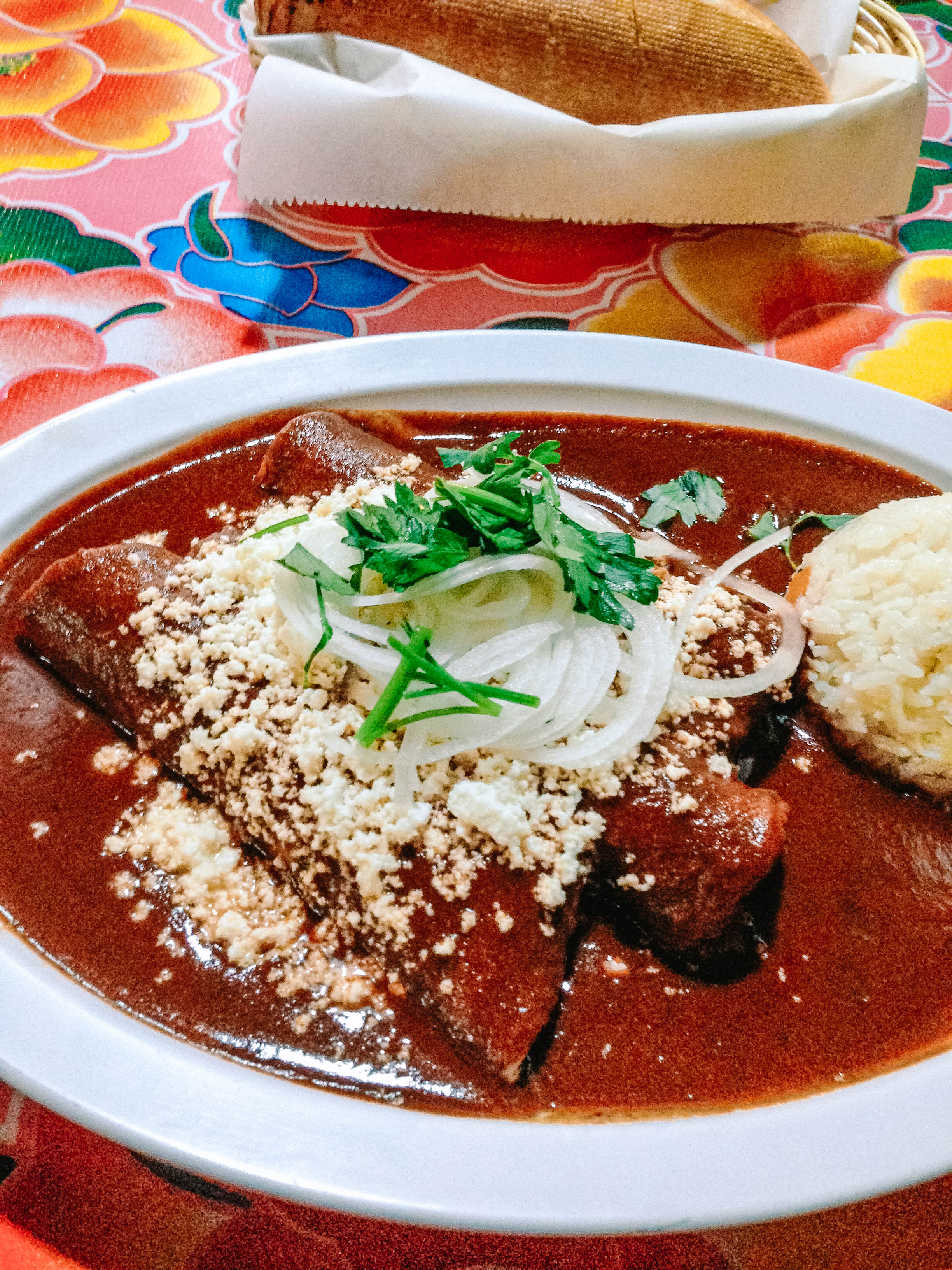 I visited this restaurant almost 10 years ago with my sister and had the most amazing cheese I had ever tasted. It was handmade burrata (a creamy mozzarella) that was made fresh at the restaurant every day. I dreamed about that cheese and looked for it on many return visits to Los Angeles. I couldn’t remember the name and only knew it was Italian, in Beverly Hills, and had greenery growing on the facade. With the help of Yelp, I searched for Italian restaurants in Beverly Hills and looked at pictures of each of them until I finally found it. I was so excited to go with my husband but was worried that the cheese wouldn’t live up to my heightened expectations. However, it was just as good as I remembered it! Plus it is super romantic! So go here and get the Burrata or anything else…. it’s all fabulous. 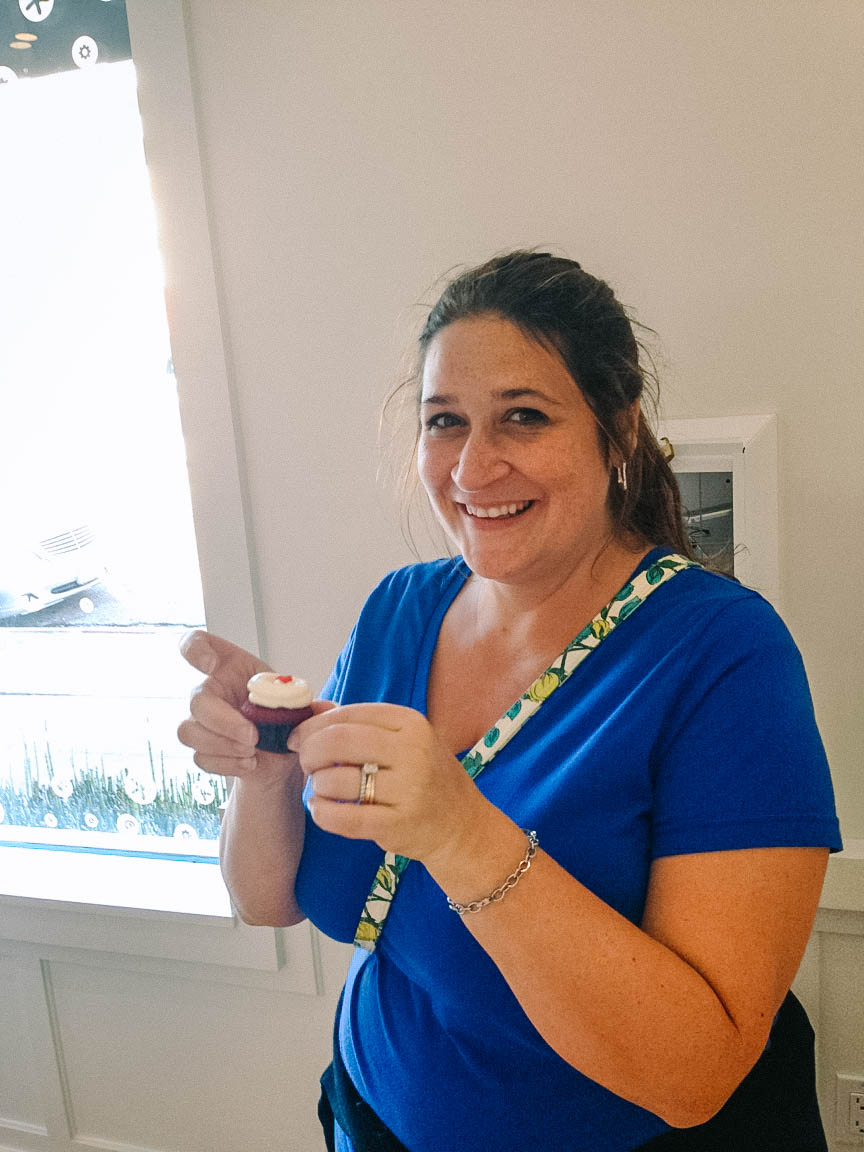 ABOUT THE AUTHOR:
Alicia from “Travels With The Crew” has been traveling since she was 3 weeks old. She grew up all over the world as an army brat and couldn’t imagine life in one place. She now lives in Connecticut in the same house she has lived in for the past 18 years, and travels to cure the itch to move. She and her husband are raising their three sons to love travel. She blogs about family travel at https://travelswiththecrew.com. When she isn’t traveling she is a school teacher, raises three boys, and plans more trips.